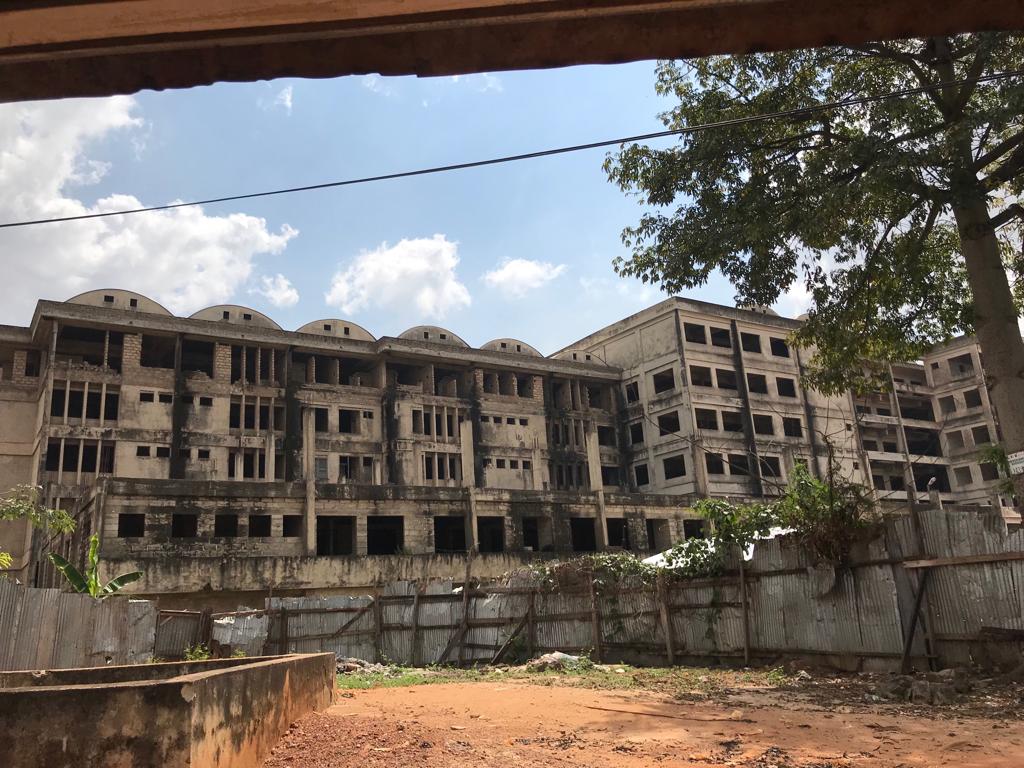 The Komfo Anokye Teaching Hospital (KATH) needs $70million to complete a magnificent Maternity block began in 1974 and believed to be key in easing fatal congestion at the hospital.

A cot meant for one baby is shared by as many as eight newborns, a father has testified after he lost two babies when his wife delivered at the hospital in 2013, 2014 and 2016 respectively.

There is no space for expectant mothers, stressed doctors and under-pressure nurses. Women on labour have no beds to lie on.

Yet in the environs of the choked maternity block is a spacious but uncompleted option capable of taking close to a 1,000 beds, Joy News has learnt.

The T-shaped block is to house three departments – Obstetrics and Gynaecology, Pediatrics and a Theatre.

Explaining its potential to ease congestion, an architect at Architectural and Engineering Services Limited (AESL) Kwame Poku said that the current Maternity block has only two theatres – only one is functional.

While the sod was cut for the construction of the building in 1974 by the Acheampong military regime, it is unknown when the tape will be cut to signal the completion and opening of the block for use.

This is down to a lack of funds to complete the edifice.

The construction work is 30% while the equipment and mechanical engineering is 70% of the work, consultants have explained.

AESL’s Kwame Poku said 90% of the construction work is done. “We have not done the finishing, fitting and ceiling”, he mentioned the work left to be done.

“Majority of [the funds] will be spent on the medical equipment,” he indicated.

Expressing enthusiasm to complete the work, the AESL consultants said at a joint session of Joy News’ AM SHOW and JOY FM’s Super Morning Show Wednesday, “we are just waiting for funds”.

According to a former KATH Chief Executive Dr. Nsiah Asare, the Health ministry headed by Dr. Richard Anane had planned to use a $50m facility from the Spanish government in 2004 to complete the work.

But after a change in political leadership at the Ministry of Health, the next Health minister Dr. Kwaku Afriyie spread the funds across several competing demands in the health sector.

Since then, financing for the project has largely been through the use of budgetary allocations to the hospital, a financing option which meant the completion of the project would take a longer time.

Consultants, AESL, predict that the 43-year old project can be fitted and functional in two years if the needed funds are made available.