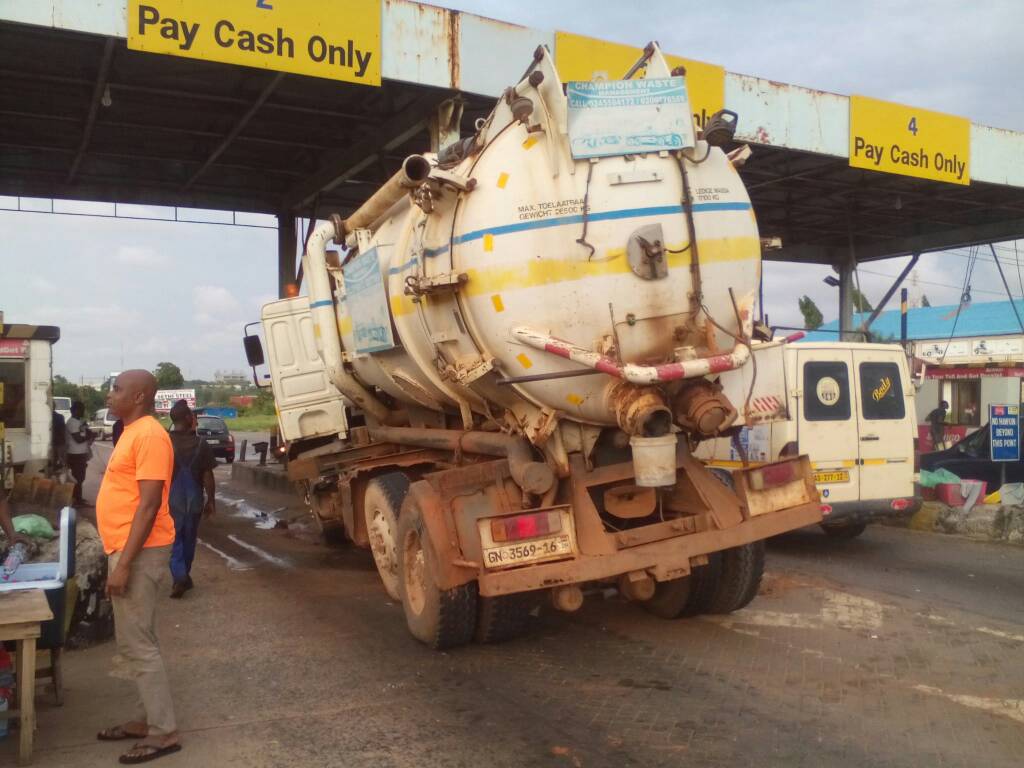 A carpenter, Francis Monyi, a 42-year-old resident of Manet, Tema Community 18, was knocked down and killed by a hit-and-run driver around the Tema-Accra tollbooth on Thursday evening.

Persons who rushed Monyi to the Tema General Hospital shortly after the accident, which subsequently led to his death, say the vehicle which knocked him down did not stop as it sped off towards Accra. They said the only option they were left with was to quickly plead with another driver to send him to the Tema General Hospital, which is the nearest health facility closer to the spot where the unfortunate incident occurred.

A member of the group that sent him to the Tema General Hospital, who gave his name as Yaw, alleged that the carpenter could have been alive had a male doctor at the emergency unit of the aforementioned health facility worked a bit hard and faster than he did. “The man was alive when we rushed him to this place (the emergency unit) in a vehicle. He was received by medics and immediately placed in a bed,” Yaw remarked, and added that the conduct of the male doctor, whose name this paper is yet to get, was not encouraging.

He alleged that the said doctor was slow in attending to the carpenter, a situation, he said, that questioned the competence of the medical doctor. “We could see the doctor from where we were standing. His reaction was just not too good. At a point he behaved as though the man was not in a critical condition and kept instructing the carpenter who was in severe pain to stop shaking his legs,” Yaw continued.

According to him, another male doctor in the same emergency unit, on realising that the deceased was not properly attended to, quickly stepped in to try to help, but it was too late as Monyi was pronounced dead.

At the time of arrival of this paper to the emergency unit, tempers were high, with the group threatening to beat the medical doctor they accused of neglect which according to them led to the death of the father of four.

It took the intervention of Nana Osadeayor Ayeboafo Attuafful, chief of Enya Denkyira, who was present at the health facility to see his nephew who was also knocked down by a different vehicle. He calmed them down and explained to them that their anger will not bring back the carpenter. He reportedly admonished the doctor, who is said to have engaged the group in a heated verbal exchange, to restrain himself as his profession does not accept that.

Just before this paper left the health facility, a woman who was carrying about a year-old boy started wailing on arrival. She identified herself as Belinda Adotey and added that she was the wife of the deceased. She told this reporter that she and her late husband have four children. “We live at Manet, Tema Community 18. He left us last Friday for Koforidua to work there and promised to come back home by Friday. It came to me as huge surprise when I got a call from one of the men who rushed him to the hospital to immediately report to the Tema General Hospital,” Belinda said through tears.

She said the caller declined to tell her why her husband, whom she was expecting back home on Friday, was being rushed there. According to Belinda, her fears were confirmed when she saw his lifeless body in a bed in the emergency unit.

“Life has always been hard for us. I work for a lady who operates a chop bar in our area and what I earn is not enough to cater for us. Now that he is gone, what else do I do to be able to give these children good education and a life that will guarantee them a better future?” she quizzed.

She said she called both her relations and that of her late husband. She also said the matter was yet to be reported to the police for investigation.