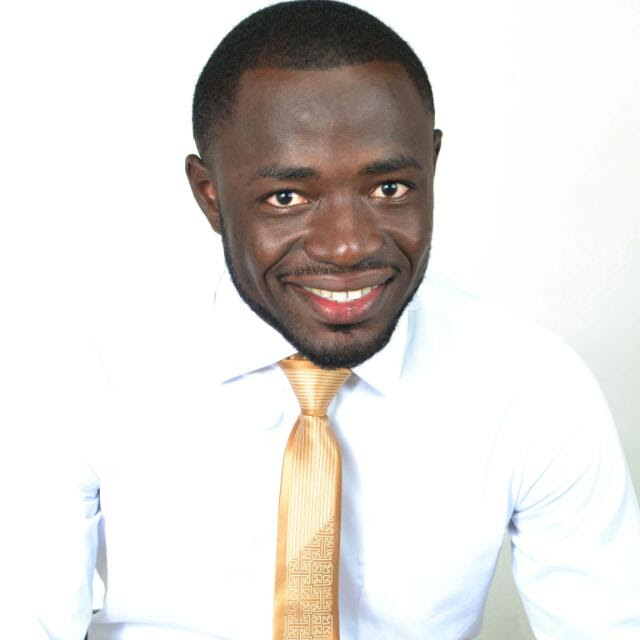 An ad-hoc Committee of the University of Ghana SRC chaired by Mr. Titus Nene Assem, has quashed a request from the outgoing UGSRC President, Mr. Sylvester Owusu Amoako in respect of GH₵38,800.00 to be disbursed as ex-gratia benefits.

On Saturday, 1st of June 2019, the SRC President summoned what was meant to be an Executive Committee meeting to approve an ex-gratia budget for outgoing SRC executives and other shortlisted appointees including the SRC Chief Justice who was also in attendance at the said meeting.

According to reliable sources, a consensus was not reached on the matter at the said meeting; and that necessitated the formation of a seven member ad-hoc committee to review the proposed ex-gratia budget and revert accordingly. The Committee included :

The Committee in its preliminary meetings reviewed the initial ex-gratia budget presented by the SRC President and made some significant adjustments; out of which an amount of GHC38,800.00 was settled on as the probable allocation for ex-gratia benefits.

However, the Committee distinctively noted that per the audited financial statement, the SRC account had only about GH₵7,000.00 as outstanding surplus; and hence it was impossible for the ex-gratia budget to be catered for.

But in response to this, the SRC Treasurer, Mr. Smith Dumenyo, suggested that the ex-gratia budget could be funded through withdrawals from the SRC’s Hostel Account or the SRC’s Union Building Account; a suggestion which was refuted by the Committee. The Committee’s refusal was premised on the fact that the SRC’s Hostel and Union Building accounts were for specific purposes; and as such it was inappropriate for monies to be withdrawn from these accounts to meet other expenses.

In the overall circumstances, the Nene Assem Committee in its final report disapproved of the said allocation and recommended that ex-gratia benefits could only be approved if there was enough funds in the SRC’s Dues Account to cater for such an expenditure.

Some students have been alarmed by this development and have expressed gross disappointment in the intention of the Sylvester Owusu-Amoako led administration to take home such monies as ex-gratia benefits.

Their concerns have been in respect of the fact that, all the SRC appointees took allowances while in office, and the SRC executives themselves took monies for responsibility allowance, communication allowance andtransportation allowance aside other benefit(s); and hence ex-gratias to such tunes were unreasonable and unnecessary; especially when the SRC had already overspent as indicated in the SRC’s audit report.

The members of the Committee have since been hailed for their resolve on the matter and praised for their vigilance in safeguarding the student purse.

See the budget below: 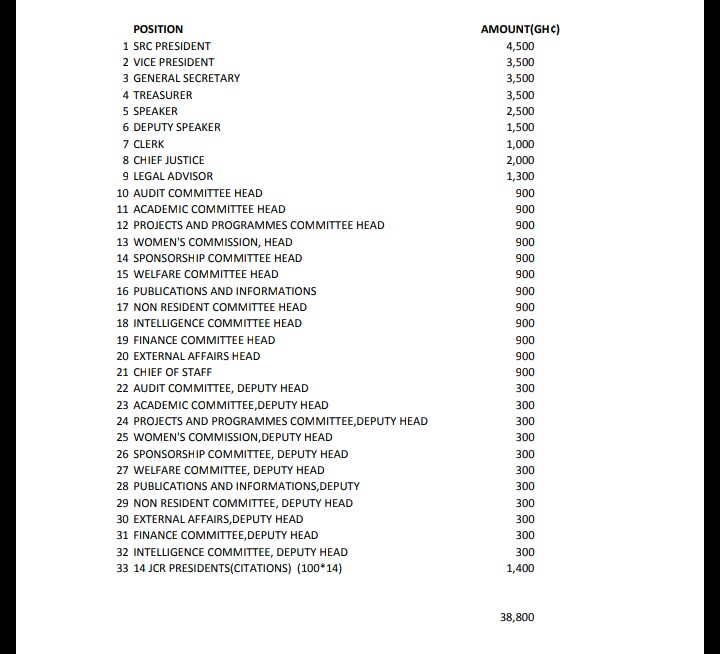