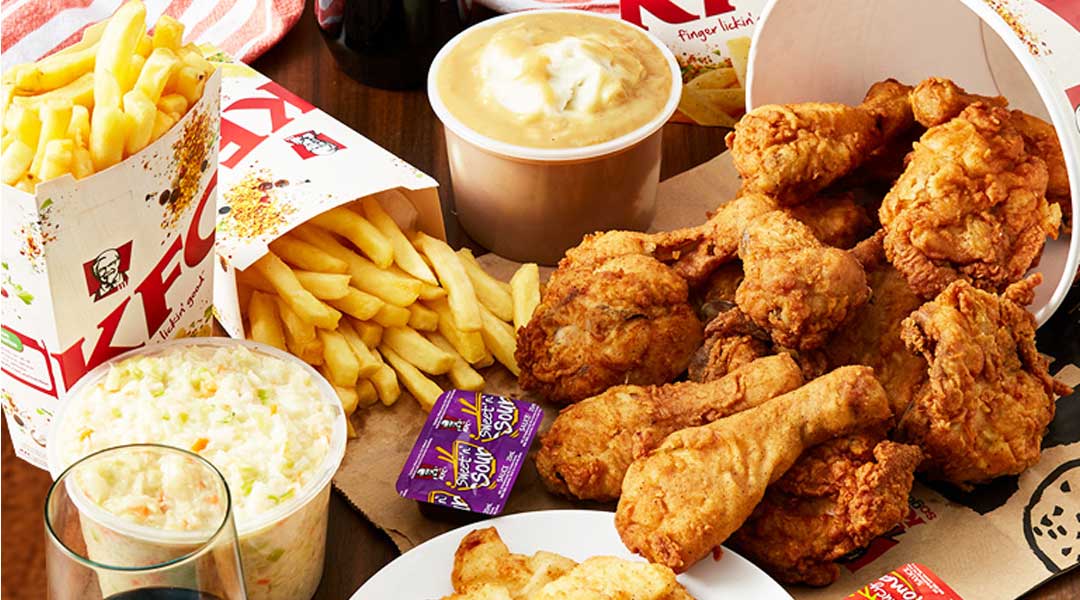 A young South African student has been arrested for eating at Kentucky Fried Chicken (KFC) for free for a year.

The 27-year old student whose identity hasn’t been disclosed yet was a student at the University of KwaZulu-Natal in South Africa. 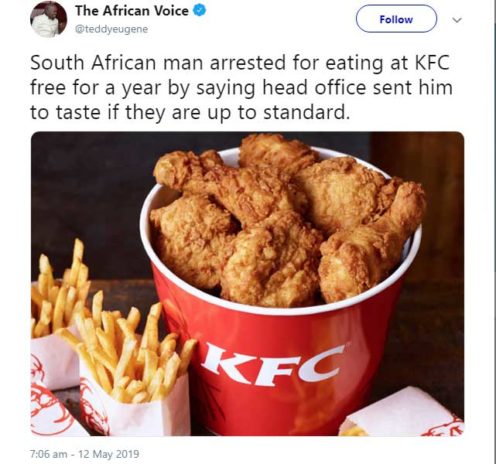 According to reports, the young man always walks into the restaurant convincing the workers that he was a representative from the KFC headquarters to confirm the quality of the meals they serve.

The employees and managers of the eatery were convinced because he always had a tag with the inscription from ‘head office’, drives smartly and arrives in a limo at the eatery.

He has been eating for free from different KFC outlets and repeating the same story anytime he walks into the restaurant.

“When he arrived we will all try to act our best so that we don’t piss off man from head office, he was so convincing because he was so confident and even colleagues from other KFC’s knows him.

When he comes in he rushed to the kitchen and check everything taking notes and then ask for samples of whatever he wants. He probably worked for KFC before because he knows everything”, the report stated.

However, social media users have reacted to this surprising news.

Lee Kirichu stated; “He is a legend and is now very experienced taster. KFC should employ him”.

FolesWentzCunningham also wrote; Smart man foolish employees. How did he keep fooling them?”

The Elleventeenth member of Wu-Tang also had this to say; “Not all heroes wear capes”.

Gladys also stated; “Seizing the opportunity I call it. He is funny to me…..Whole damn year”.

Deano also added; “He should be knighted, not arrested!! The guy is a freaking LEGEND!!!”.