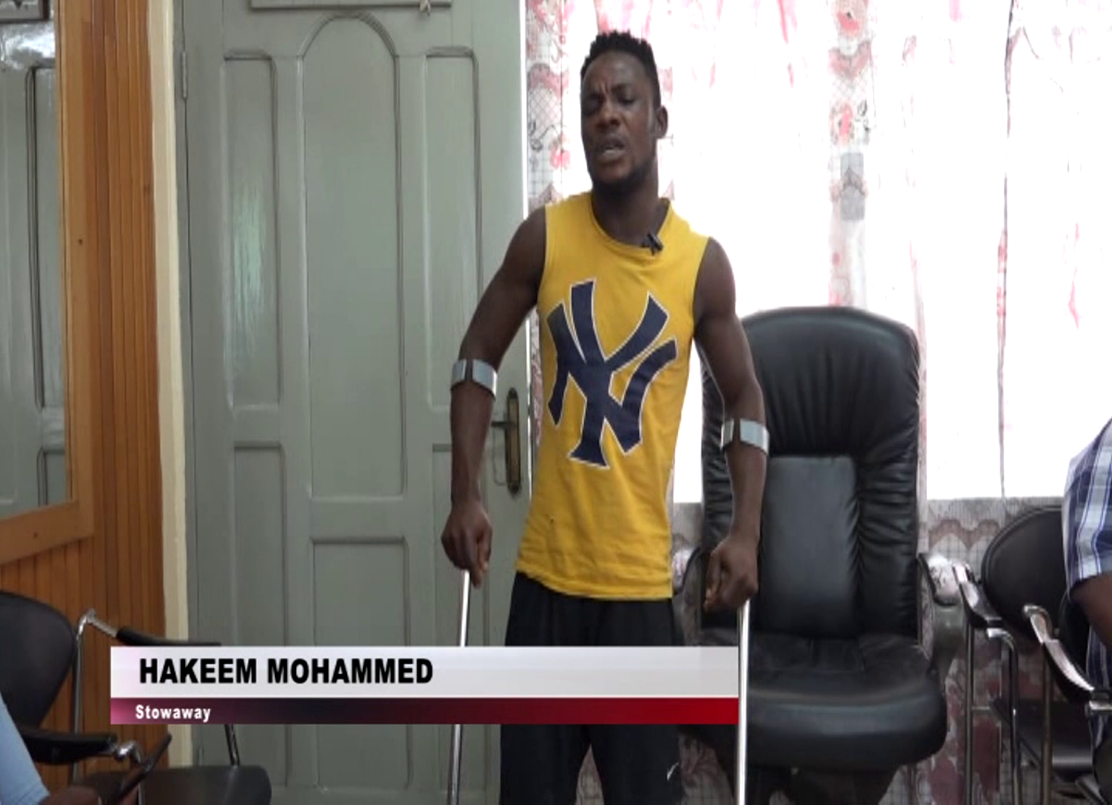 Hakeem Mohammed has also been fined Ghc 6000 which if he is unable to pay will serve additional 2 years to the 4 year jail term.

Hakeem who was flown in from Namibia after stowing away through the ports of Togo was arraigned before the TDC district Court where the sentence was handed him.

“This is about 10 or 5 times that he has attempted stowing away. In all places he is caught,” The Marine Police Commander, Joseph Ababio told eye on port.

Hakeem, who has on several occasions been convicted of misdemeanour offences of stowaway said he is married with a child and only embarks on the venture to seek greener pastures.

Lately, it’s hard to make ends meet in Ghana. I’m not the type to indulge in armed robbery or any of such criminal acts. But I only seek to make my life better by travelling so find some decent work. Because here in Ghana, no one is offering me that helping hand,” Hakeem, the stowaway lamented.

“I do not intend to taint the image of the nation like the court said. I’m just looking for a sustainable way to survive. That’s why I joined my friends to indulge in stowing away.”

He also pleaded for public assistance to support himself

Chief Supt. Joseph Ababio advised that stowaway is a risky venture, hence, the need for people who want to travel to western countries do so through appropriate means.

“They are appropriate ways to travel out of the country and I encourage people to take that route. To use the embassies. If you decide to hide in vessels, that is an offence,” he advised.

The Marine, Ports and Railways Commander believes punishment to stowaway offences are gradually becoming deterrent enough to discourage others from attempts.