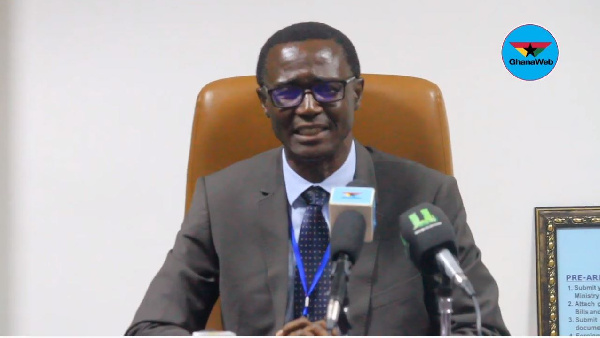 The Ghana Revenue Authority as at the end of September 2019, received an amount of GH¢ 32 billion less of its target for the year, Mr. Amishaddai Owusu Amoah, the Acting Commissioner General of the Authority said.

Mr. Amoah was optimistic that the Authority would meet the target by the end of the year.

In an interview with the Ghana News Agency in Accra, the Acting Commissioner-General said the Authority had put in place measures to collect taxes for the country.

He said the GRA would continue to educate the populace on its campaign about debt collection, tax compliance, and general tax compliance.

Touching on the Value Added Tax (VAT), Mr Amoah expressed concern about tax infractions from companies, which prevented the country from getting the needed revenue for developmental purposes.

He said there were serious violations of tax laws, a situation where some companies had falsified VAT invoices and made misleading statements about their tax returns.

On debt collection, he said most companies owed GRA taxes and as part of the campaign to retrieve the money, they have written to the organizations to settle their debts or face the full rigours of the law.
In line with that, the Authority in September 2019, launched a task force dubbed: “Operation Collect, Name and Shame” aimed to collect taxes that are overdue and publish in the media the names of businesses that are proving recalcitrant to settle their tax debt.

The task force was to ensure compliance of companies and individuals who have refused to pay their outstanding taxes.

The operation was necessary because revenue performance was low and it was prudent to use all legitimate measures to shore up revenue.