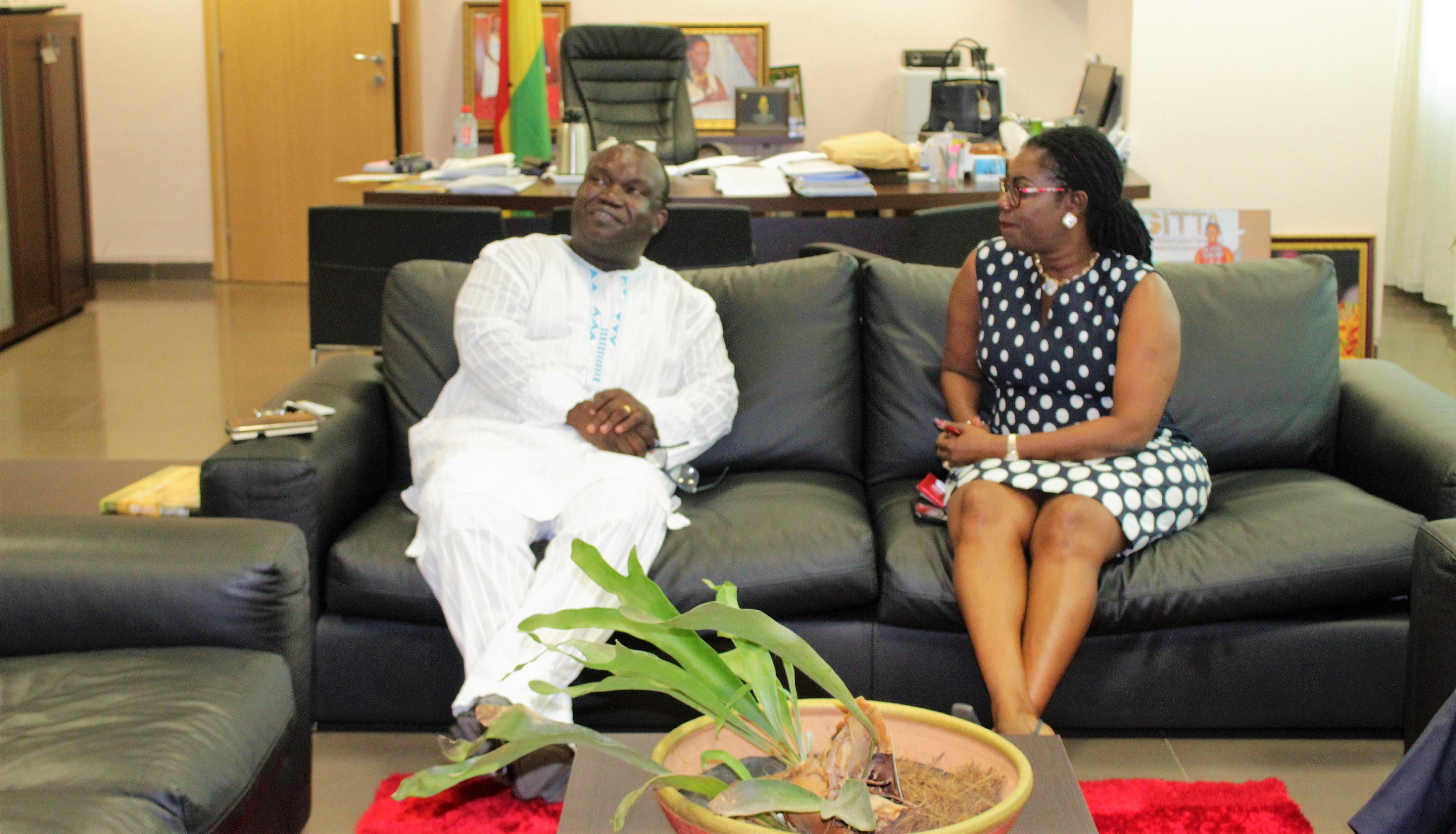 The Ghana Chamber of Telecommunications on behalf of its members, AirtelTigo, MTN and Vodafone says telecom service charges will go up from the 1st of November 2018, coming on the heels of tariff modification, following the implementation of the new tax laws.

The government as part of the 2018 mid-year review of the budget amended the Acts referenced above.

The objective was to “give effect to the conversion of NHIL and GETFL into levies that are not subject to the input-output mechanism, and delinking them from VAT by removing the option of input tax deductibility,” thereby giving both levies a unique and different legal identity and distinguished from VAT.

The chamber in a press release said ‘’Our members, who are responsible corporate entities, would comply fully with Ghana’s laws and ensure the distinction between VAT and the new levies emanating from their separate origins and basis in law.’’

The statement continued ‘’as intended the incidence of the two new levies will thus be on consumers and will result in the increase of the cost of telecommunication services.’’

Customers of telecommunication services, according to the statement will be notified by their service providers prior to any changes being made and that the expected changes will take effect on 1st of November 2018.

The statement concluded by saying ‘’the telecommunications industry remains committed to full transparency and accountability to both the Government of Ghana and their customers.’’

See below, the statement issued by the chamber. 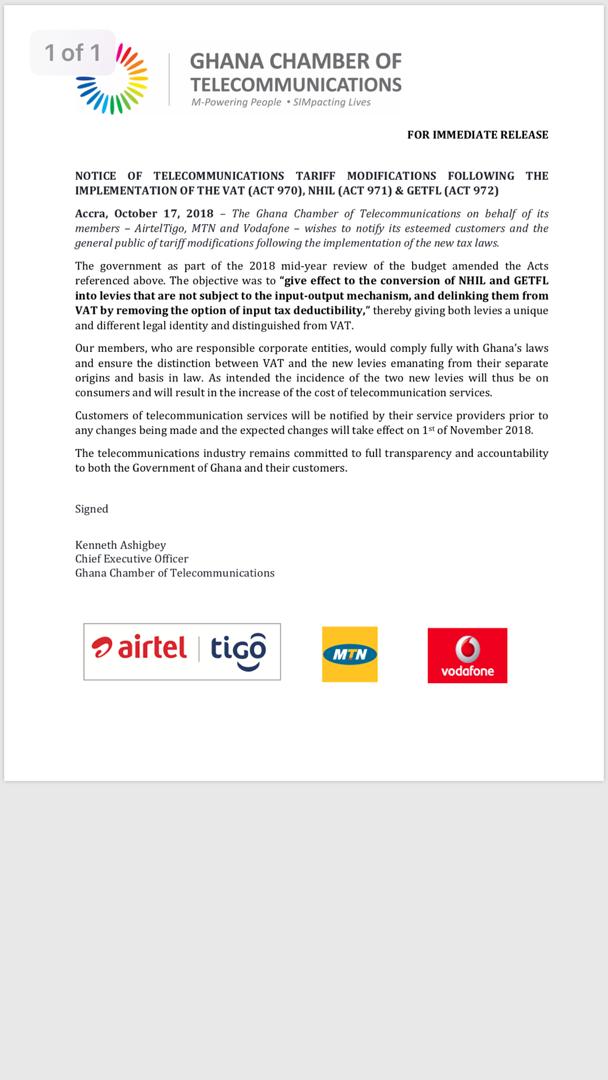