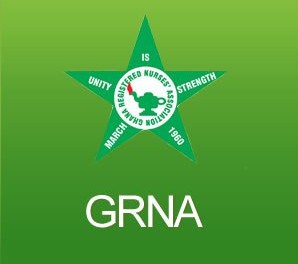 Tension is currently very high within the ranks of the Ghana Registered Nurses and Midwives Association (GRNMA) following the inability of the leadership of the Association to account for a colossal 2.2 Million Ghana Cedis lodged in its accounts.

BestNewsGH.com is informed that a national budget surplus of 4 Million Ghana Cedis for 2016, turned out to indicate 1.8 Million Ghana Cedis as opening balance for 2017, according to figures shown at the Association’s 16th Biennial Delegates Conference.

The report was delivered by the Assistant National Treasurer of the Association Haruna Tirah during the Conference.

‘’The Central Regional secretary, Mr Alfred Addy, confirmed he had the financial reports but indicated that he could not release them earlier than a date marked for the 1st Regional Council meeting for 2018 and asked to be met at the meeting. At the said meeting, which was held on February 21, 2018 at the Cape Coast Teaching Hospital lecture hall, the secretary again referred the request for the documents to the 2nd Vice Regional Chairman, Mr. Frank Arhin’’ they added

According to them, the Regional Vice Chairman also failed to provide the reports and scheduled a meeting at a later date to sort out the issues and this position was supported by Madam Mercy Charwey when she intimated that she did not have the reports and agreed with Mr. Arhin’s suggestion for a meeting to discuss the matter.

The Assistant National Treasurer, Haruna Tirah on March 12, 2018 blatantly told the Members who were requesting the financial reports that he was not obliged to release such reports to individuals as per the Association’s constitution and therefore refused out rightly to succumb to the request, stating further that there was nothing he could do about it.

Another astonishing act by the leadership of the Association is the revelation that a whopping 80 thousand Ghana Cedis was spent on a memorial lecture in 2017 for one Dr. D. Kissieh, among several other questionable expenditure figures outlined in the report.

The poor and rather repugnant accounting tendencies of the leadership has culminated in dampening the morale and spirit of the Members who believe the leadership have no moral right or justification to hike nurses levies, which was dome in February 2018.

The National leadership has been accused of masterminding the decision to increase the levies, but did so, using the Central Regional branch.