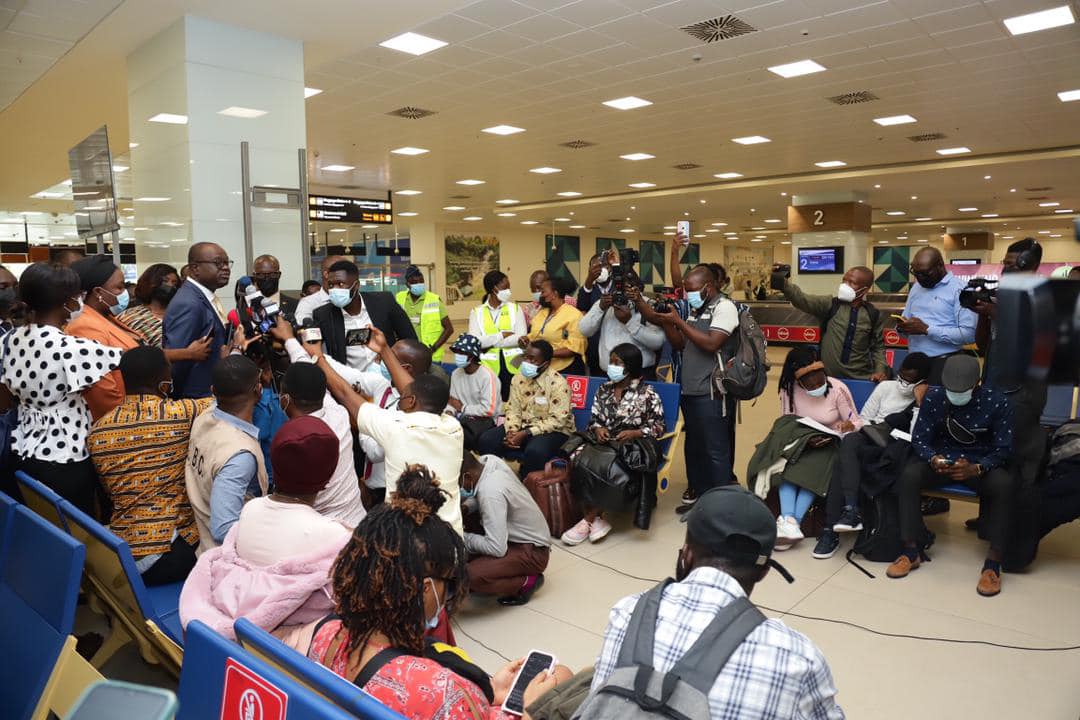 The first batch of Ghanaians evacuated from Ukraine arrived at the Kotoka International Airport (KIA) in Accra on Tuesday morning.

They arrived in Accra on board a Turkish Airlines flight from Istanbul, Turkey and Qatar Airways en route from Doha, the capital of Qatar.

Ghana’s Foreign Affairs Minister, Ms Shirley Ayorkor Botchwey said at a press conference on Sunday that 24 Ghanaians were expected to arrive from Ukraine this week.

220 others who are part of about 460 students who have managed to leave Ukraine to neighbouring countries would be expected to arrive in Ghana within the week.

Ghana’s Mission in Bern, has identified about 1,000 students (27 on government scholarships) and other Ghanaians in Ukraine.