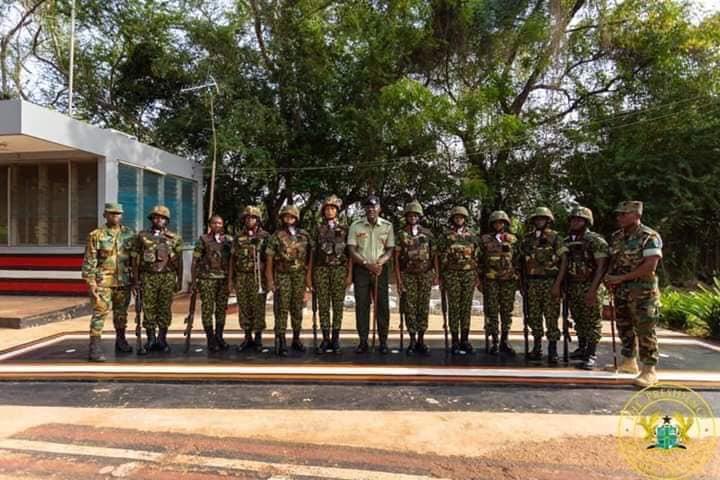 In fulfillment of the promise to lift the ban on artisanal and small-scale mining activities, several interventional measures have been adopted by the Inter-Ministerial Committee on Illegal Mining to ultimately help to sanitize the natural environment which has seen tremendous devastation over the past number of years.

One of such interventions adopted is the use of drones for monitoring exercise which will soon take place after the ban is lifted.

Graduates within the NABCO fraternity have been employed to help in these fields.

On 5th December 2018 at Asutsuare Military Camp, about 130 young NABCO graduates who had earlier on in July got trained in drone piloting at UMaT-Tarkwa graduated after they were sent for a two-week serious military training to boost their morale as they go on the field to start their work as drone pilots in the various mining districts.

At the passing out ceremony were, Dr. Anyas, National NABCO Coordinator, Dr. Naa Dedei Tagoe, drone tutor (UMaT), Mr. Alex Gyedu, projects manager – Office of the Chief of Staff, Charles Bissue, Secretary to IMCIM and the Chairman of IMCIM, Prof. Frimpong Boateng who was also the Guest Speaker of the occasion graced the occasion with their presence. The occasion also witnessed the presence of high ranking Military Personnel from Asutsuare Camp.

In his speech, Prof. Frimpong Boateng who doubles as the Minister of Environment Science Technology and Innovation and Chairman of the IMCIM congratulated the young men and women who have volunteered to help His Excellency Akufo-Addo in the fight against illegal mining and urged them to go and work very hard as the nation and the President requires of them. 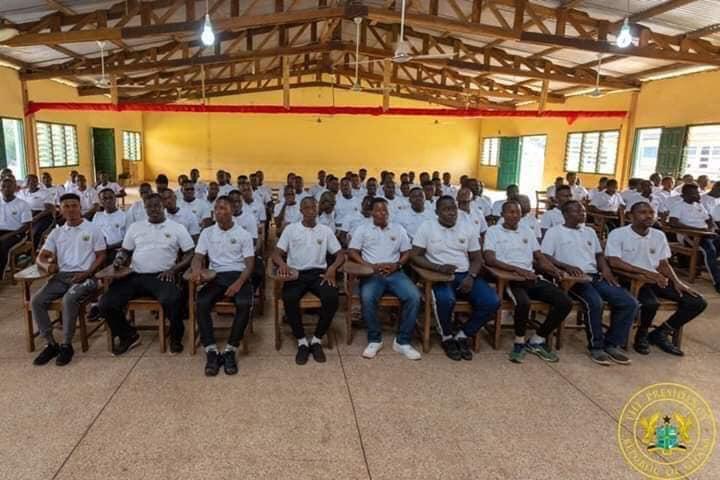