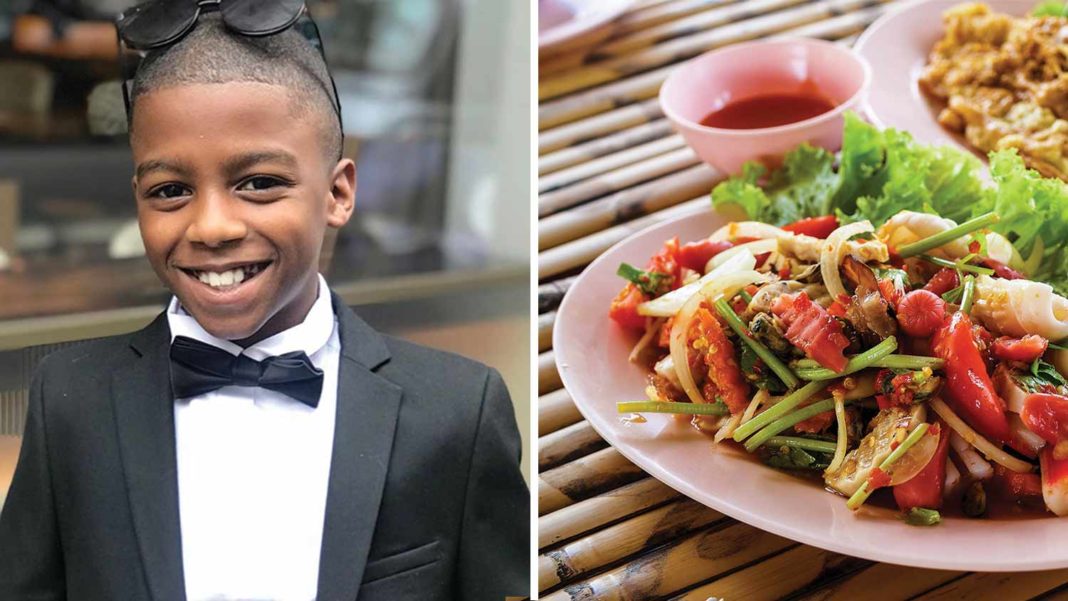 Eleven-year-old entrepreneur Omari McQueen is the youngest award-winning vegan chef in the UK. In addition to being the founder of his own company, Dipalicious, he’s now CEO of a restaurant of the same name.

The pop-up will take place at Boxpark Croydon this summer. While menu details have not yet been released, McQueen loves sharing vegan Caribbean food on his Instagram, such as BBQ jackfruit with breadfruit fries and curry. His company Dipalicious makes vegan dips inspired by Caribbean cuisine, such as Luv’in Jerk, Caribbean Kick, and Coco Curry. Vegan snacks will launch soon, according to the website.

“I can’t believe my dreams are coming true,” McQueen wrote on Instagram earlier this month.

McQueen learned about veganism from a PETA UK video at just eight-years-old and became determined to make food that could be enjoyed by all. He also wanted to teach other children about vegan food. One year prior, his parents ignited a passion for cooking in young McQueen, who was taught to cook after his mother fell ill.

While making vegan pizza on his YouTube channel, he found that the end result was too dry and, not knowing if Heinz was vegan, he made his first dip. It was a hit with friends and family, which inspired him to found Dipalicious. He began saving for his own bus-converted vegan restaurant as well as ready meals for kids. Today, he also hosts kids’ cooking workshops from home.

The young entrepreneur’s accomplishments have already been recognized a number of times. In 2018, he won the TruLittle Hero Award for being the Entrepreneur Hero under 12 by Cause4Children Ltd. He won the Compassionate Kid Award from PETA for his work helping animals last November.

“His compassion and his determination to create a better world for animals are a wonderful example for other kids – and adults – to follow,” said PETA director Elisa Allen in a statement.

He also won the Proud & Gifted Award for his work as a vegan chef and youth empowerment speaker.