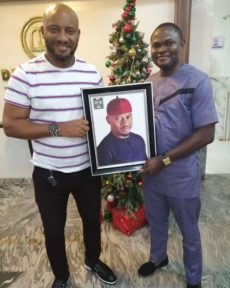 Talented Nollywood actor Yul Edochie has given the strongest indication yet, that he will contest the 2023 presidential election in Nigeria. According to him, the youth must be given a chance to take up leadership roles in the country. Mr. Edochie who gave the indication on his Facebook Page after receiving a painting of a […] 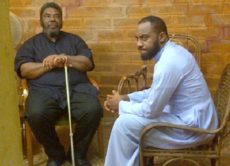 Yul’s father is the no-nonsense disciplinarian Nollywood veteran, Pete Edochie, popularly called Okonkwo. Yul Edochie’s tweet of the incident set off humorous reactions from his followers. He responded to some on the tweet that has got over 8,000 retweets and more than 31,000 likes. While some Twitter users praised Pete Edochie for using rod to […]

Nigerian actor and politician Yul Edochie has survived a ghastly accident and is eulogizing God for saving his life. In his narration, he said he was driving between 100-120 kilometres per hour  from Lagos and headed towards the East, when he lost control at Ore, leading to his vehicle somersaulting severally and finally landing in […]