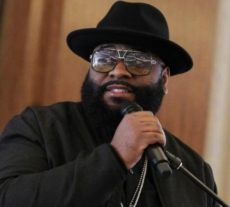 Grammy-winning song writer LaShawn Daniels has died at the age of 41 after fatal accident. He died Tuesday, September 3, according to his publicist JoJo Pada. Pada said Daniels died as a result of injuries sustained in a car accident. A statement issued by his wife, April, on Wednesday, September 4, said he died in […]

Charles Nii Armah Mensah aka Shatta Wale is currently the man being talked about on the internet as a result of his historic collaboration with American singer and songwriter, Beyoncé on her “Lion King, The Gift” album. Shatta Wale who is trending on various entertainment blogs and social media has thanked and blessed Beyoncé on […]

Dancehall artiste Shatta Wale has expressed his great joy working with American Pop star Beyonce and says he wishes he had a lady like her in his life. Shatta Wale collaborated with Beyonce on a song titled Already, which is included on the singer’s curated Lion King companion album titled: The Lion King: The Gift, […]

The National Communications Authority (NCA) has successfully registered 42.7 million Subscriber Identification Module (SIM) cards of mobile network operators (MNOs) in the country. They are the SIM cards that have gone through the two-stage registration process of linking them to the Ghana Card and also capturing the biometric data of their owners to match the […]