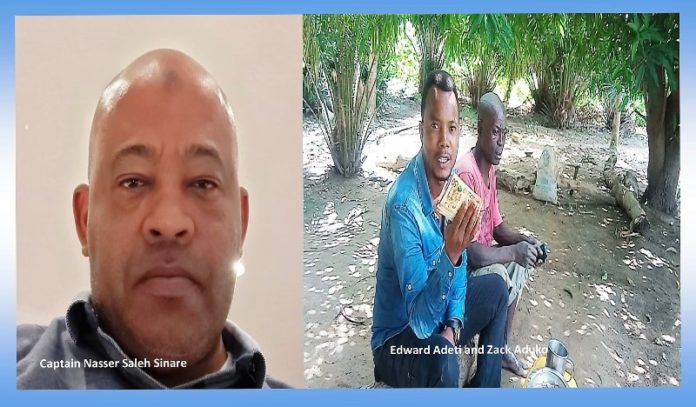 A pilot moved by a recent Starr News story about a homeless ex-convict who grew acres of palm trees and some uncommon crops in the Upper East Region has donated Gh¢3,500 to help the poor outcast.

The airplane captain, Nasser Saleh Sinare, is the first to reach out to the needy prisoner-turned-planter, Zack Aduko, among a number of people who, after learning about his agony through the news report, have pledged to turn his life around.

He was 23 years of age when a court handed him 10 years’ imprisonment in 1996 for allegedly stealing a donkey. His release from the Navrongo Central Prisons in 2006 reportedly was met with an overwhelming stigma at his Nyariga home in the Upper East regional capital, Bolgatanga.

The death of his 21-year-old daughter after his return from jail deepened the sting of the pre-existing stigma. A partition between him and his intended wife, occasioned by a delay on his part in performing some marriage rites as tradition demanded before he and his Yorogo-born wife could live together as a family, and the absence of his surviving son from his bosom, as the boy was in the custody of his wife-to-be at Yorogo, a community in Bolgatanga, left him downright empty.

He resettled himself on a 3-acre piece of land at Nyariga said to belong to his father and turned it into a multi-crop plantation dominated by palm trees. But he has no decent place to lay his head. He has been sleeping on a worn sack as his mat inside a very unsightly structure he erected on his farm as his room for 14 years. An observer once took one look at the structure, shook his head soberly and said even a stray dog would decline to sleep in there.  That remark sounds almost like what Captain Nasser said after reading the maiden report about the ex-convict and before transferring the cash to him through Starr News.

“In fact, it’s something which has touched my heart honestly,” Captain Nasser told Starr News. And added: “I have an air-conditioner in my room, car, etc. And for this man to sleep in this poor structure, it’s sad. I hope our Agric Ministry or NGOs will help his plantation. He’s done what Napoleon couldn’t do.”

Titus Alika, who brought Zack Aduko’s ordeal to Starr News’s notice, says construction of a room for the ex-convict can begin with the cash from the captain.

Zack was about to take his breakfast around 10:00am on Monday when Starr News, accompanied by Titus Alika, the teacher and respected broadcaster who drew Starr News’s attention to his ordeal, arrived on his farm with the unanticipated package from the pilot.

The eyes the visitors met on his face looked like eyeballs that had just finished weeping thoroughly in private. By the looks of him, he had not smiled for months. He had shaved the partly grey hairs last seen on his head. And although the shave seemed to have renewed a youthful appearance he had lost prematurely to his jail term, it never restored the lost joy.

In front of him was a bowl of gari which he had soaked and apparently left for a long time to swell to capacity so he could feel satisfied after eating. And on top of the gari was some red raw pepper, unskillfully shredded and sparsely distributed as ‘ad hoc’ spices. The only meat in that breakfast was a very tiny leg of an unidentified bird— so tiny it was almost invisible in the old bowl. The food could be described as tasteless by the mere sight of it. It was a meal inspired or motivated by resilient poverty. 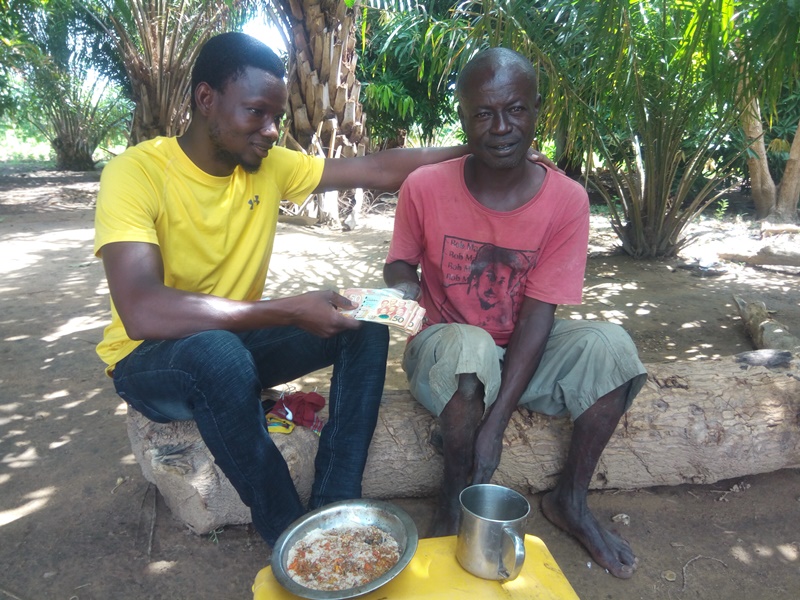 “I thank Captain Nasser very much. I thank him in the name of God for having thought of me through his heart, giving me this money to support myself. I also thank Captain Nasser’s family for the support given me with this money. It is my prayer that God will guide his family and protect his work”, he said in Twi after the cash was handed over to him.

Zack reportedly was denied recognition when the National Farmers’ Day was locally commemorated in the regional capital a few years ago.

He said a local team of inspectors from the Ministry of Food and Agriculture (MOFA) visited his plantation in advance of the commemorative occasion and, impressed by what they saw, told him to be present at the event because he had been selected as one of the prize-deserving farmers in the capital.

“I showed up at the event with palm nuts, plantain and cassava from my farm here. My produce were well organised and appealing, and I thought it would have encouraged some people to go into growing such crops. But, to my shock, I was told at the durbar ground by one of our own that the awards were meant for people who grew crops peculiar to the northern sector of the country and not those grown in the south.

“He told me I would not get anything. And true to his word, I did not get anything. I saw it as pure wickedness. He said it publicly and it happened as he had said. In the end, I was denied what I had been told would be given to me. They came to my farm, selected me and asked me to be at the event for an award. That was why I went there with my produce. I didn’t just go there. I did not even know there was an event like that until the team of inspectors came to my farm and told me about it and said I should attend for an award. I was greatly hurt,” the poor Zaare native recounted in Gurune.