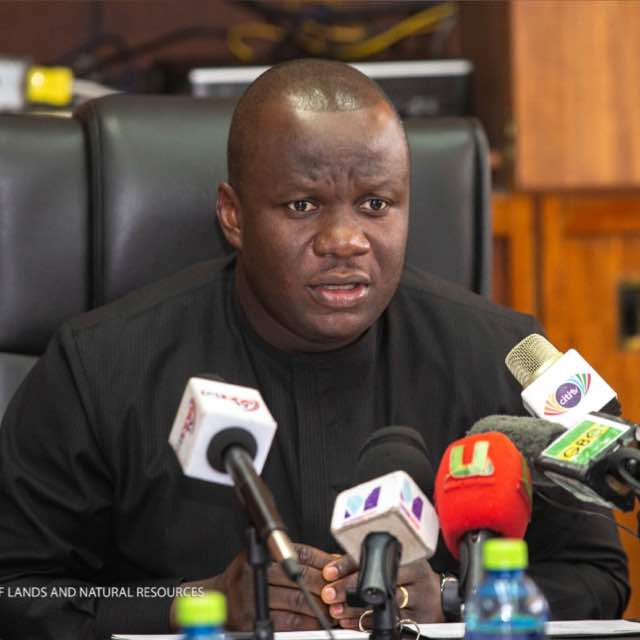 The Ministry of Lands and Natural Resources (MLNR) has refuted allegations by the National Democratic Congress (NDC) Member of Parliament (MP) for Tamale North, Alhassan Suhuyini, that the ministry had spent GH¢10m on conferences relating to the fight against illegal mining popularly known as galamsey.

A statement issued by the Public Relations Unit of the MLNR denied the allegations, describing them as “false and without factual basis”.

According to the MNLR, following a call by President Nana Addo Dankwa Akufo-Addo in 2021 for a national dialogue to help address the menace of galamsey, the ministry organised a series of seminars.

The first one, it said, was a two-day national consultative dialogue on illegal mining held at the Accra International Conference Centre from April 14-15, 2021.

The dialogue, it said, produced a 15-point resolution, which included the need to hold similar dialogues in all the 16 regions.

“As a way of prudently managing the public purse, the ministry adopted a strategy to bring together the regions and hold the dialogues on a zonal basis. Accordingly, two regional dialogues were held in Kumasi for the forest zone and Tamale for the savannah zone.

In addition to the dialogues, the ministry undertook a working visit to all the sixteen (16) regions of the country, where it engaged various stakeholders to solicit support to fight illegal mining, the statement said.

It said the stakeholders engaged by the ministry included the Council of State, the National House of Chiefs, the Regional Houses of Chiefs, Regional Ministers, Regional Security Councils, the Ghana Chamber of Mines, Ghana National Association of Small Scale Miners (GNASSM), civil society organisations in the mining sector and miners.

“All these meetings were fully funded by the ministry. The ministry also provided some funding for the Regional Security Councils, to assist in the fight against galamsey,” the statement added.

The statement also explained that apart from the dialogues, the MLNR, in partnership with GNASSM, initiated a Small Scale Miners Award Scheme, meant to encourage small-scale miners to mine in a responsible and environmentally friendly manner.

Again, it said as apart of the fight against illegal mining, the ministry also revamped community mining schemes, provided more funding to the Minerals Commission and introduced measures to promote mercury-free gold katcha.

“All these form part of the ministry’s expenditure on the fight against illegal mining.

At the appropriate time, the state agencies charged with auditing the accounts of the ministry will do their work as mandated by law, and take the appropriate actions if any wrongdoing is detected,” the statement said.