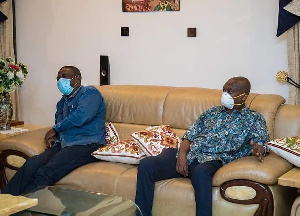 Jerry John Rawlings has justified the inhumane torture meted out to Kweku Baako, Kwesi Pratt, Akoto Ampaw, Mawuli Goka, and their ilk, being jailing without trial.

According to him, these people regarded themselves as intellectuals and didn’t know when and what to say at the right time, therefore, he ordered their imprisonment, just to contain a situation at the time.

“Some of these so-called intellectuals don’t have it. They don’t seem to recognize saying this or that could provoke a situation and we’ll be starting all over again. So sometimes, I had to do what I had to do in order to contain and preempt that kind of situation,” Mr Rawlings said to Kwaku Sakyi-Addo on Asaase Radio.

“It’s unfortunate because some of them were sharp characters,” he added.

Rawlings explained that if Kweku Baako Jr., Kwesi Pratt Jr. Akoto Ampaw and the rest think they were intellectuals, the soldiers too had their guns which they did want to use.

“However, when the situation is becoming threatening, both from inside and without…at that time, they would share, they didn’t want the monopoly of the gun anymore so they would share it so that we can defend the nation,” he stated.

Rawlings averred that Kweku Baako, Kwesi Pratt, Akoto Ampaw and others did not recognize what was on the ground; that the atmosphere was ripe to take away, to democratize…they let it pass.

Rawlings indicated that he respected those gentlemen he made prison graduates and that “somewhere along the line, they seem to realize that, sorry don’t go that far; don’t go this far; you’ll provoke something.”

Kweku Baako Jr., Kwesi Pratt Jr. and Akoto Ampaw, amongst many others were jailed and tortured during the military regime of Jerry John Rawlings without any trial because they were perceived to be threats to the stability of the Rawlings regime.