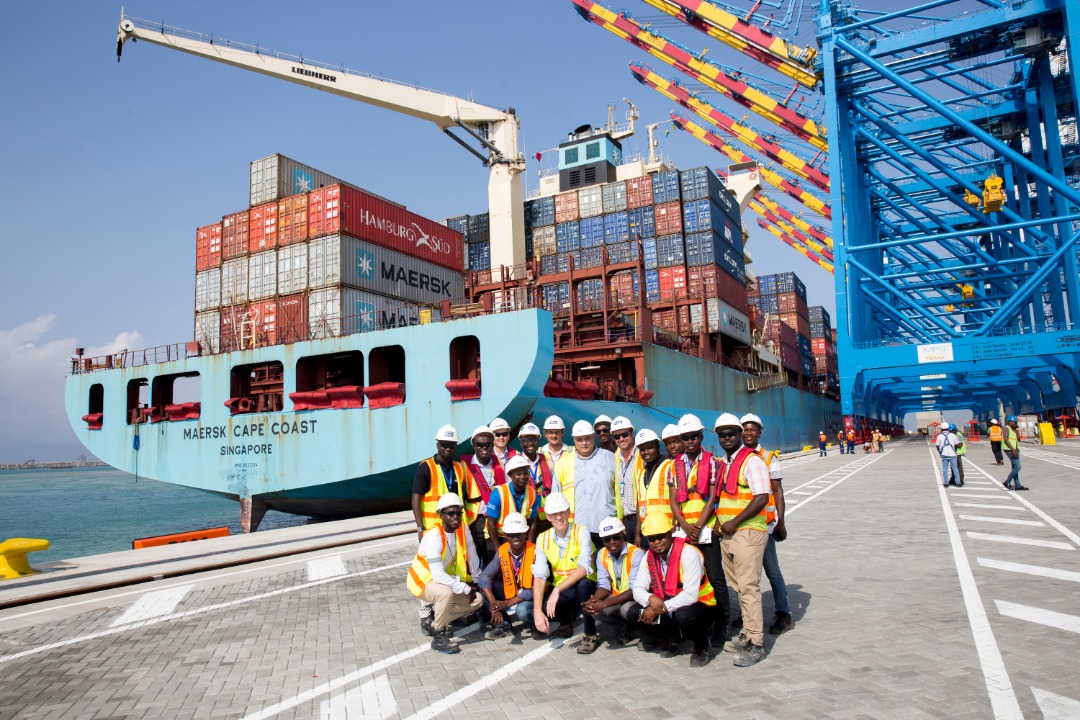 Investigations conducted by The Chronicle in Tema reveals that with effect from Monday 15th July 2019, the Ghana Ports and Harbours Authority ( GPHA) will cease to allocate containers to the Inland Container Depots (ICD) to work on.

Between now and the 14th July 2019, a joint team of security operatives are to escort all containers from the Main Harbour including the dedicated zone of Meridian Port Services (MPS), Terminal Two, to the outside terminals to avoid diversion of these boxes.

The bitter pill to swallow situation has come about as a result of the successful completion of Terminal Three of the Tema Port, being operated by MPS, the global maritime giants, who pumped as much as $1.2bn (One billion, two hundred million dollars) for the expansion.

The management of GPHA has so far informed the inland terminal operators of the completion of the Phase One of the Tema Port Expansion Project.

The Chronicle investigation has established that the maiden vessel was berthed on Wednesday 3rd July 2019 at the new wharf amid jubilations.

The Chronicle also gathered that the status quo remains with the personal intervention by His Excellency the President, Nana Addo Dankwa Akufo-Addo who instructed the respective managements of GPHA and MPS to sit down and come out with an operational formula so as to enjoy mutual understanding at the Tema Port.

The President’s instruction was occasioned by what was reported as the snatching of some key jobs by the consortium, and this triggered the firing of a first salvo by the state mariners who exactly a week ago, embarked on a 2-hour demonstration and promised to continue on daily basis and finally crown it by bringing activities at the port to a halt.

The idea to operate ICDs at the Tema Port sprung in the late nineties when the harbour witnessed frequent congestions with no space to handle the ever increasing cargo throughput.

One Mr. Adam Ayarna was the first to introduce a dedicated Contatainer Freight Station (CFS) outside the perimeter of the port, located it behind Maersk Line off the Tema Fishing Harbour road.

It is interesting to note that, the first vessel to be moored to a bollard at the quay of Terminal Three bears the name of the Ghanaian (Gold Coast) capital. 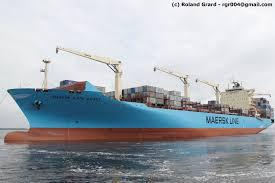 After testing the waters and the venture seen as enterprising, the floodgates seems to have been opened for others.

GPHA, at the time informed those interested in operating inland terminals and  lined up at the corridors of the Authority for licenses to note that their continued stay in business could not be guaranteed and that any investments done were at their own risk.

This was because, upon completion of the port expansion, the facility would have enough space to accommodate all the cargoes and the need to allocate business to outside container terminal operators would not make any sense.

Soon, it became the business of the time and so all with land just outside the immediate confines of the port acquired licenses from the Authority and embarked on the development of inland terminals.

By this time, GPHA spent over $1m (One million dollars) to construct the Golden Jubilee Terminal (GJT) to handle container stripping which were being done within the port resulting in the congestion

The decision to run ICDs, Chronicle gathered,  was purely that of GPHA, with no governmental interference and so the operators became wholely tenants of the Authority which was operating within its mandate.

Then Director General of GPHA, Mr R. A. Y Anamoo and his team, the paper was told were constantly reminding the tenants at summoned meetings that they would disappear in the event of the port expansion completed but if in the future their services would be needed, will reappear.

What the Authority meant was that, they should place themselves in position to put their facilities to use during the era of their disappearance.

GPHA also discovered that its refrigerated (reefer) depot inside the port was not capable of accommodating enough containers resulting in some vessels going back with the unplugged ones, opted to construct a larger facility.

Management secured a parcel of land and constructed an ultramodern Reefer Container Terminal opposite Tema Community Two which is still functioning, having no challenges with capacity and equipment.

Hitherto, dangerous chemicals were stored among general goods inside the port, and so when TBT applied for ICED facility, Mr Anamoo decided that the place should be dedicated for stacking of these high risk commodities.

Due to the expected increase in volume of cargo throughput, GPHA purchased a large track of land in Kpone-On-Sea, secured external loan where the UNITY TERMINAL is being built and that would enable the relocation of GJT activities to be moved there.

During the expansion, the authority met its nemesis when owners of Ave Maria, a recreation center defied every persuasion to make way for the project to go on, since the land so occupied itself is owned by GPHA.

The authority in the heat of the disagreement one day tactically deployed its well trained security guards towering six feet plus to close the gates to the center.

This infuriated owners of Ave Maria who run to the courts for justice.

The Chronicle can report that this became a trying moment for the immediate past Director General, Mr Paul Asare Ansah.

The front of management was divided, as a handful but powerful wanted the resort to be maintained inside the port but Mr Ansah stood his ground and failed to to succumb to the pressure.

Eventually, properties of the company situated in the middle of the project were valued and paid by the Authority, on the orders of the court.

As though that was not enough, the issue of the mystery Meridian Rock also cropped up.

It is reported that during the construction of the Tema Port in the late fifties, each time Osagyefo Dr Kwame Nkrumah, the first President of Ghana was paying a working visit to the site, he observed that there was a particular rock in the sea not far from the road, that the waves never covered, no matter the height as it approaches.

Dr Kwame Nkrumah then made a pronouncement “this is the meridian rock”, since the imaginary line, longitude zero degree passes through the port area.

The Nungua Traditional Area and some groups agitated for the MPS project not to touch that landmark.

As at the time this reporter was concluding his investigation, the tip of that mystery rock cannot be seen again because of the amount of water that the construction invited to the shore after the enormous dredging that would permit vessels with deeper draft to berth at the wharf.