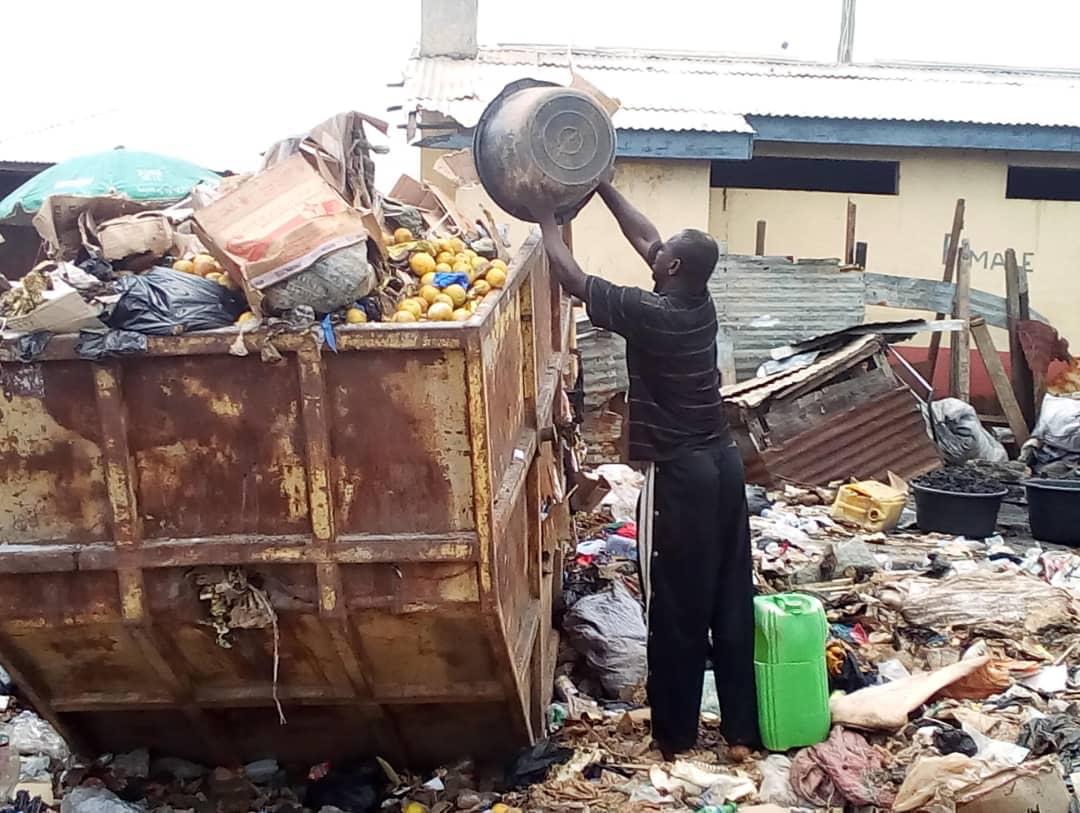 The administrative capital of the upper west region, the Wa municipality is virtually swallowed up in huge amounts of filth. This can be witnessed in the abandoned refuse containers left unattended by workers of Zoomlion Ghana limited in collaboration with the Wa municipal environmental health offices.

As to what has rendered the one time beautiful city into such a colossal park of filth baffles ones imagination and tends to question if the discipline that characterized residents in the city has departed from the rank and file of the people in the municipality.

If the arms of our time piece took us back to yesteryears, we experienced an era when residents of the municipality came out in their numbers on the last Saturday of every month to clean up their environment. Shops got locked and vehicles parked at their garages whiles the entire security services, formed army with sanitation officers led by former Municipal Chief Executive Hon Nuhu Putiaha to carry out massive cleaning of the city.

This caught the attention of the then president of the country John Dramani Mahama and he aided the implementation of what almost became a bylaw binding all residents to come out on such a day to do communal cleaning.

These glory days are gone by and now from the market square to school parks, stinking refuse has taken over the sanitation award winning town of Wa

BestNewsGH.com checked with the municipal environmental health office only to be disappointed by the information given by the Municipal Environmental health Officer Mr Augustine Batung and his deputy, Mr. Francis Yelyen which suggested that political interference and lack of funds from the municipal assembly is the cause of the recent mess the city is experiencing

The PRO to the municipal assembly speaking to the issue last week said they are working seriously at getting the city safe from filth, but independent checks by this website revealed that nothing has been done yet.

Mr Issahaku Abdulai a private manager at urban waste has hinted of the provision of ladders to be placed beneath the refuse containers by way of helping out minors and children who go to pour refuse in to the containers.

He made this revelation during an exclusive interview with radio progress’ Prince Daud Katouri and his team last week.

He regretted about the improper manner in which some people handle refuse containers that are put at vantage points for the dumping of rubbish.

Commenting on the recent remarks about non payments of arrears to some workers of Zoomlion Ghana limited, Mr. Issahaku Abdulai said it was true that some workers have not been paid their wages.

He however indicated that they were working seriously to rectify every anomaly to pave way for them to be paid as soon as practicable.