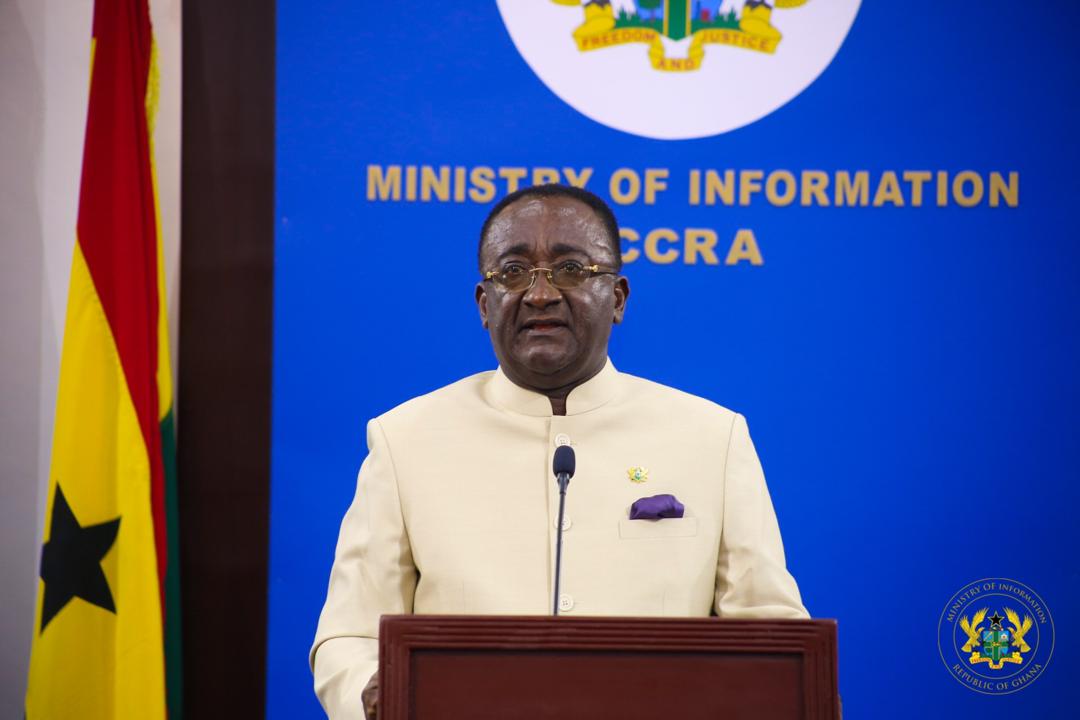 GH₵3.3 billion generated at the farm-gate

Additionally, he said the ministry generated GH₵3.3 billion at the farm-gate from 667,000 farmers who participated in the ‘Planting for Food and Jobs’ (PFJ) initiative, and created 740,000 jobs in the rural economy under the flagship programme.

At a media briefing in Accra to announce government’s plans to transform the rice industry and ensure self-sufficiency by 2023, he said government is poised to increase domestic rice production from the current 456,000 MT of milled rice in 2018 to 1,665,000 MT by 2023.

Additionally, a total of 6,825 MT of certified rice seeds is envisaged to be distributed to farmers in the 2019 planting season.

In view of that, he said, Government of Ghana signed a $150 million loan facility with the Eximbank of India for an agriculture mechanisation programme three weeks ago.

The chunk of the funds was expected to go into acquisition of rice milling machines from India and China for distribution to farmers to increase rice production and reduce the import of the commodity.

Outlining some of the interventions to increase rice production, the Minister said government would strengthen the capacity of smallholder rice farmers to adopt good cultural practices, access to domestic market, and improve extension delivery.

More so, a total of 2,700 agriculture extension agents had been recruited to augment farmers’ outreach programme for technology transfer.

Consequently, 3,000 motorbikes and 216 vehicles had been deployed to support the agriculture sector nationwide.

Responding to Ghana’s self-imposed ban of some leafy vegetables to the international market, he said it was a self-policing action in view of the ban placed on the nation by the European Union (EU) in October 2015, which was lifted on December 31, 2018 after meeting the standards set by the EU.

Therefore, government instituted the action to enforce regulation on vegetable export and to ensure zero export of vegetables infested with insects and organisms so that the nation wouldn’t suffer another ban.

He said government would meet vegetable exporters next week to inform them about measures it had taken to enforce the regulations.

He said government is expanding availability of various types of equipment that are suitable for developing valleys for rice cultivation.

Further to that, other farm power inputs such as seeders, weeders, harvesters, threshers, and rice mills are being made available to support expanded and intensified rice cultivation.

The Minister stated that a total of 2,700 agricultural extension agents have been recruited to augment the farmers’ outreach for technology transfer. In addition, 3,000 motorbikes and 216 vehicles have been deployed to support the agriculture sector nationwide.

Government would not ban importation of rice

The Minister, however, stated that government will not ban the importation of rice into the country after it reaches self-sufficiency.

“We are very competitive because we use labour-intensive methods, which are cheap and meet international standards.

“They are using higher capital-intensive method, and that gives us an advantage in the local market, and no need for local farmers to worry about competition,” he assured.