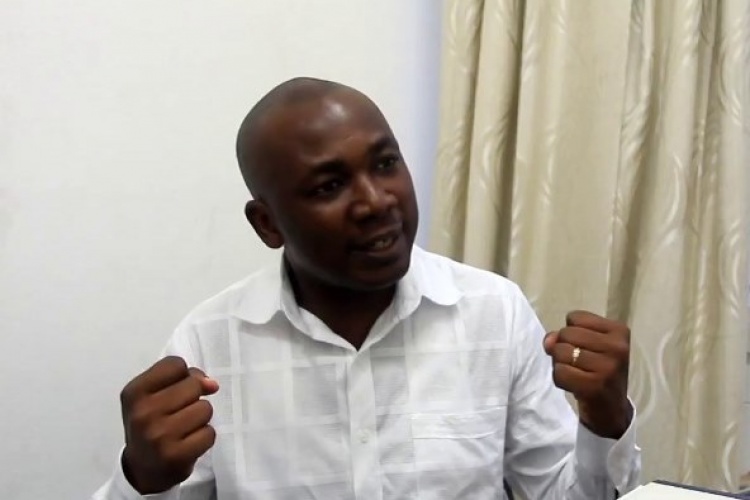 Professor of economics and finance, Godfred Bokpin has stated that tax revenue can be increased from the GH₵37.8 billion collected in 2018 to a whopping GH₵89 billion annually if government rationalises the many tax exemptions that are granted multinational companies operating in the country.

He said the GH¢89 billion in taxes would mitigate the debt-to-Gross Domestic Product (GDP) ratio, but the 2019 projection of GH¢45 billion is woefully inadequate.

Speaking at a lecture organised by IMANI Centre for Policy and Education, Prof Bokpin said the country was losing more revenue in tax exemptions to multinational businesses that were in tax payment positions.

He spoke on the topic ‘Is Ghana’s Debt Sustainability under Serious Threat after the International Monetary Fund Programme?’

Professor Bokpin disclosed that Ghana’s average fiscal deficit over the last 30 years has been 6.5% of GDP.

He explained that the size, persistence, source, and financing of the deficit creates problems for the economy and has implications for debt sustainability and debt affordability.

He explained that fiscal deficit and fiscal unsustainability are intertwined.

He said over the years, the country had struggled to manage its debts because of the inability to generate the desired direct taxes, which had become a bane to development.

Hiding behind rebasing to borrow not prudent

Professor Bokpin urged government to act prudently by not hiding behind the shadow of rebasing of the economy to borrow more, which did not necessarily increase cash flow to the country’s growth.

He said that the rebasing of the economy, which usually gives our leaders the licence to go borrowing more, creates a wrong impression of Ghana’s debt sustainability position.

He said, “Rebasing the economy dwarfs debt to GDP, but other areas [of the economy] betray us hugely”. He stressed that rebasing of the economy does not necessarily increase cash flow to the country.

He went on to say that the need to service existing debts has meant that priority spending has suffered.

How best to use borrowed money

He said it was good for a country to borrow, but the money must be used for its intended purpose and not on consumption of goods and services, and employees’ compensation.

He called on government to ensure that the cost of fiscal consolidation was evenly distributed to all and sundry by expanding social safety net programmes towards restoring the real income of the poor.

According to him, achieving sustainable fiscal consolidation has been constrained by revenue challenges and expenditure rigidities.

“To remedy this situation,” he said, “all we need to do is rationalise the exemptions we give to foreign companies. The companies are actually in tax-paying positions.”

He sounded a note of caution, saying, “Any country that does not make provisions toward capital expenditure either does not have a future or has given up on that future.”

He said that, historically, the main reason why Ghana has gone to the IMF has been the unsustainability of her debt, which today stands at $21.1bn, representing 55% of tax revenue.

The professor said the country’s tax collection ability did not work well in election periods, given the interest to satisfy all sectors of the economy for fear of losing votes.

He said, “In the past, it took two years for a government to clear the country’s total debt upon assumption into power, but now, it takes an average of four years, attributing the situation to indiscipline fiscal spending during elections.”

He noted that in election years, besides governments’ overspending, they also fail to generate the projected revenues which are needed for development. The effects of this, he said, result in economic imbalances three years after the elections have been carried out.

He, therefore, advised government to ignore next year’s elections and focus on collecting more taxes.

He called on Ghanaians to adopt a monitoring mechanism to ensure that governments did not spend beyond their limit.

He also said that government’s special initiatives like ‘Planting for Food and Jobs’, Nation Builders’ Corps, teaching and nursing training allowances, the Zongo Development Fund, and the Special Prosecutor’s Office have led to an increase in expenditure rigidities.

Ghana is 4th highest frequenter of IMF in Africa

Professor Bokpin explained that with 16 IMF programmes on its portfolio, Ghana was the fourth highest frequenter of the IMF’s corridors. She was only behind Liberia, Sierra Leone and Mali. He disclosed that since its first bailout programme in 1965, Ghana goes to the IMF every 3.8 years or once every four years on average.

He related the history of Ghana’s visits to the IMF, which first happened in 1965 under the first President of Ghana, Kwame Nkrumah. He, however, rejected the terms of the IMF, as they were contrary to his expansionist drive.

He explained that in 1965, deteriorating economic conditions occasioned by unfavourable developments in the commodity prices saw the public debt ballooning from a negligible amount to over $500 million by 1965.

Once the public debt started climbing, the IMF was called upon to intervene in 1966. This was after Nkrumah’s overthrow.

At the turn of the century, Ghana’s debt levels had reached dangerous levels, with debt approaching 130% of GDP from 32% in 1990.

This forced the Government of Ghana to go for the Highly Indebted and Poor Country (HIPC) programme in 2004 and the Multilateral Debt Relief Initiative (MDRI) in 2004.

Following these two programmes, Ghana’s debt-to-GDP ratio fell to 26% in 2006.