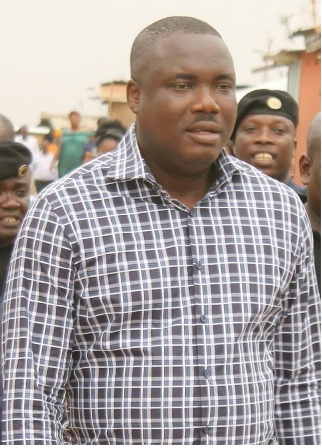 A massive scandal has been uncovered at the Tema Metropolitan Assembly (TMA) as a company by name CTK, contracted by the Assembly to collect revenue on its behalf has refused file monthly returns to the Assembly after collecting more than 5.2 million Ghana Cedis.

The company came into the picture when the Assembly decided to outsource the revenue collection aspect of its operations to the CTK.

A source at the Assembly told this Website that CTK after some time failed to account for monies it collected on behalf of the Assembly even after several promptings from the Assembly.

The situation according to the source became tense when the company remained entrenched and adamant in filing the monthly returns and starving the Assembly of the needed resources to work with, in contravention of the rules of engagement as stipulated in the agreement.

CTK is said to be printing its own tickets and invoices and deposits all monies collected into  its accounts, culminating in the denial of the Assembly several millions of cedis to prosecute it agenda of developing the Tema Metropolis.

The situation has raised eye brows as some staff of the Assembly are beginning to point accusing fingers at the Metropolitan Chief Executive Officer, Felix Mensah Nii Annag-La, accusing him of being in cahoots with the company and thereby benefitting from their illegal dealings.

Some of the staff are inviting the Special Prosecutor to visit the Assembly and CTK and investigate the matter and save the Assembly from collapse.