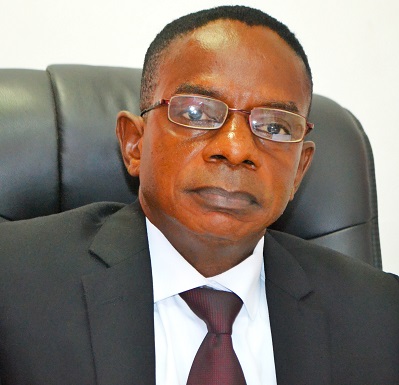 The Auditor-General has uncovered financial irregularities amounting to about GH¢17.5 billion in the 2021 audit report of public boards and corporations and other statutory institutions.

In the last five years, financial irregularities in public boards and corporations have hit over GH¢50.8 billion.

The GH¢17.5 billion uncovered in 2021 was mainly caused by the credit power sale of GH¢6 billion the Volta River Authority (VRA) and the Northern Electricity Distribution Company (NEDCo) customers.

The irregularities were mainly in the form of cash, tax, payroll, debts and loans, stores and procurement, contract, rent and credit power sales.

According to the audit report, the debts arose as a result of forex power sale, mines, sale of power to ministries, departments and agencies (MDAs), sale of power locally and the COVID-19 power relief.

The Auditor-General attributed the debts to the absence of an effective debt collection policy, non-existent credit controls to recover the debts and management indifference to loan recovery.

Consequently, he recommended to the management of public boards and corporations to put in place proper policies for the management of loans and other receivables to ensure that loans and debts were repaid on due date to avoid or minimise the occurrence of bad debts.

Also captured in the 2021 audit of public boards and corporations were cash irregularities of GH¢505 million, mainly due to the misapplication of funds, budget overruns, payment of board allowances to council members without ministerial approval and payments not authenticated.

Out of the GH¢505 million cash irregularities recorded, GH¢230 million represented unbudgeted expenditure by the Ghana Cocoa Board (COCOBOD) on the principal repayment of a 10-year loan with the Bank of Ghana, which was not included in the approval budget for the 2019 and 2020 fi nancial years.

Explaining, the Auditor-General said the infractions occurred due to poor oversight responsibilities and nonexistent controls.

He, therefore, urged the management of public boards and corporations to strengthen supervisory controls over their finance officers and ensure that they adhered to provisions of the Public Financial Management Act, 2016, Act 921.

Payroll infractions also recorded GH¢8.2 million in 2021 and were mainly caused by the failure of management to exercise due diligence.

The payroll irregularities also arose because of the tolerance of officers in charge of payroll validation in reviewing vouchers to ensure salaries were paid to only those who were entitled to, as well as payroll-related irregularities.

Almost GH¢3 million out of the GH¢8.2 million was attributed to the Ghana Broadcasting Corporation in respect of avoidable pending judgement debt due to the termination of appointment of a former director-general for failure to pay long service awards to employees, the payment of unearned salaries and the late payment of first and second tier pension contributions.

The Auditor-General recommended that regulatory bodies should exercise due care regarding decisions on the termination of appointments.

On procurement, the audit uncovered irregularities amounting to GH¢307 million, which occurred mainly due to management’s noncompliance with the provisions of the Public Procurement Act, 2003 (Act663).

GH¢219.3 million out of the total irregularities of GH¢307 million represented items procured without recourse to the Public Procurement Authority by the Electricity Company of Ghana.

The Auditor-General recommended to the management of various institutions to undertake procurement transactions strictly in accordance with the provisions of the Public Procurement Act, as amended.

Furthermore, the 2021 audit report captured some tax irregularities to the tune of GH¢23.5 million, which occurred as a result of the failure to pay statutory tax deductions on due dates and non-deduction of applicable taxes.

Financial infractions on stores of nearly GH¢174 million were also recorded in 2021.

The irregularities included non-documentation of store items, lack of awareness of officers assigned to store duties and inadequate supervision.

Again, the audit report captured nearly GH¢284 million contract infractions, which related to the payment for construction projects not undertaken by various public boards and corporations.

They also included GH¢221.5 million paid by the Social Security and National Insurance Trust to a contractor in excess of work done on a project.

The Auditor-General recommended that the SSNIT management strengthen controls over contracts and ensure that funds were available in order to engender speedy completion of earmarked projects and ensure that payments were made for work done.