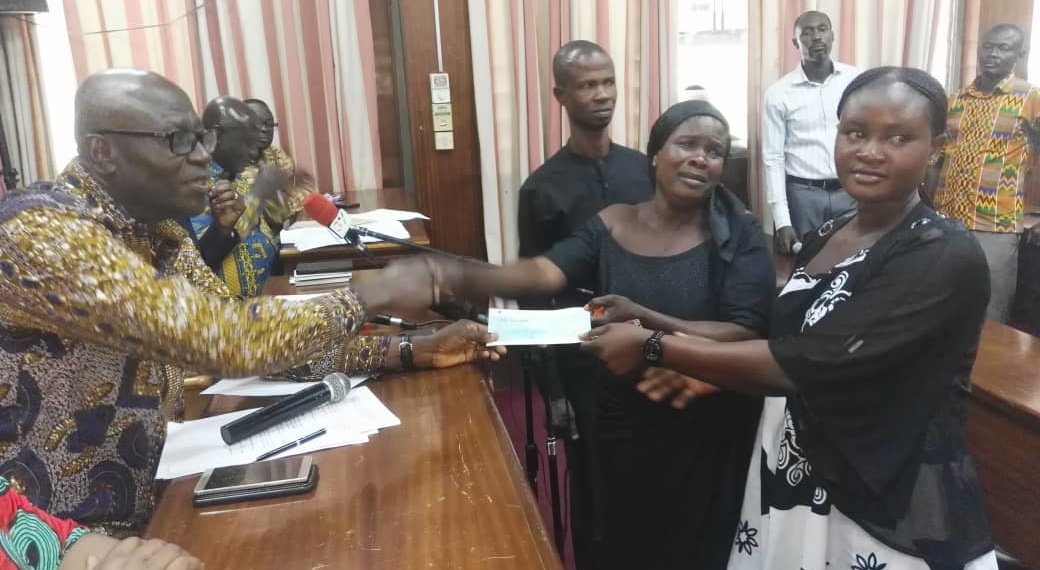 A 1.491 million-cedi compensation package has been presented to the families of four persons who were killed and 32 others injured in a police shooting incident at Atwima Kwanwoma District of Ashanti region.

The four, Douglas Addae, Prince Boateng, Kojo Ofori and Kwaku Seth were on Wednesday, February 7, 2017 killed by the Police at Atwima-Foase when a protest over the sitting of a new district capital for the District turned violent. Others were injured in the incident.

Each family of the four deceased on Tuesday received a cheque for 250,000 cedis while the remaining 491,000 cedis is to be used to settle the medical bills of the 32 persons injured in the violent incident.

The victims were allegedly shot by personnel from the Buffalo Unit of the Ghana Police Service dispatched to the town to help maintain law and order when misunderstanding broke.

The killings sparked outrage in the Foase Community as residents insisted on the innocence of the four and the injured.

A 7-member committee was subsequently set up by the government to investigate the shooting incident and other issues surrounding it.

Though the Committee that was chaired by Deputy Minister of Local Government and Rural Development, Kwasi Boateng Adjei, recommended a compensation for the victims and their families, it has declined to assign blame on anyone.

According to Mr Adjei, that aspect of the committee’s work is a matter that is with the Interior Ministry.

At a ceremony to present the package to the victims, he explained the state has accepted responsibility for the killings.

“Even though money cannot replace the life of a human being, it is being offered as a way of accepting the responsibility of the state in this tragic affair,” he stated.

Kwaku Appau, father of Kwaku Seth, one of the victims admitted that though the money cannot bring back his son, it will serve as a consolation for the family.