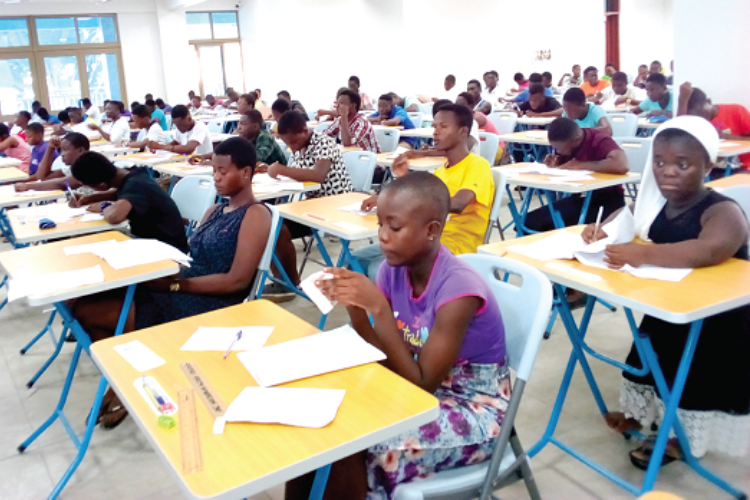 Despite the introduction of the Free Senior High School (SHS) policy by the government in 2017, parents are still coughing up money for extra classes for their wards.

An investigation by The Finder has revealed that many senior high schools are conducting vacation classes for second year students on the blindside of the Ghana Education Service (GES).

While some of the classes are being held on school campuses, others are being conducted outside the school premises by teachers of public schools.

The amounts being charged range from GH₵150 to GH₵500 for two months, depending on the course the student is pursuing.

It emerged that science students were paying the highest amount due to practical lessons.

At PRESEC, students are paying GH₵400 for extra classes, which is broken down to GH₵350 for the classes and GH₵50 for registration.

When The Finder visited the school, students were spotted in mufti heading home after classes.

Upon enquiry, it emerged that even though the registration process for the classes took place at the school’s administration, the classes are actually being held off-campus.

At Accra Academy, Students are paying ₵400, with the exception of General Science students, who are paying ₵500 due to the practicals associated with their course.

The classes, sources say, are being held at Happy Home Academy, a venue which is off-campus.

However, the General Arts students are having their classes on the school’s premises.

At Tema Senior High (Temasco), it was established that classes began two weeks ago, and is being held at Tema Rotary Club.

With regard to Chemu Senior High School, students are being charged GH₵400, and classes are being held at Narh-Bita Nursing College. Classes start at 7am and end at 1pm.

The fees for the classes are pegged at GH₵350. Some students who are, however, not studying all subjects are paying GH₵200.

Upon a visit to the school by The Finder, students were spotted in mufti making their way to classes.

Some of the students confirmed to The Finder that they were indeed second year students who were attending vacation classes.

A banner advertising the start of vacation classes for students was hanged at the entrance to the school.

The classes, which will last for two months, start at 9am and end at 3pm.

Though information about the classes is scant, sources said that classes are being held on campus.

At Pope John Senior High School and Minor Seminary, students are paying ₵150, and classes start at 9am and end at 3pm.

Second year students are expected to resume school on March 1, 2019.

Ministry says it has not introduced any extra classes

When contacted, the Public Relations Officer (PRO) for the Ministry of Education, Ekow Vincent Assafuah, told The Finder that the ministry has not introduced any extra classes or sanctioned any extra classes, hence such practices should be seen as being at variance with the Ghana Education Service’s (GES) directive.

He gave the caveat that individual classes may be organised privately and in homes without the schools having a hand in them.

He told The Finder that the ministry would conduct an investigation into the practice, and anyone found culpable would be interdicted, pending a hearing.

He told The Finder that the National Council of PTAs did not sanction the organisation of extra classes for second year students anywhere in the country.

He wondered why schools are conducting these classes when the reason given for the rollout of the Double Track System was the lack of available facilities.

Mr Danso urged government to consider opening community libraries to cater for the educational needs of the students who are currently on vacation, to obviate the need for them to go for vacation classes.

The promise to make Ghana’s senior high school education free was first captured in the manifesto of the New Patriotic Party in 2008, in the run-up to the general elections.

This policy was meant to absorb more students into second-cycle institutions.

Following its victory in the 2016 election, the NPP government, in September 2017, rolled out the policy, making SHS education for form one students free.

The Ghana Education Service (GES) in 2016 laid an embargo on schools organising vacation classes for their students.

The former Public Relations Officer (PRO) for GES, Rev Jonathan Bettey, is on record to have said, “You cannot keep children throughout the term and when it’s holiday still keep them; it’s not ideal; they must also rest their brains; that GES does not allow, if we do, then it means there is no holiday.”

He is also on record to have issued a strong warning to the schools that engage in the practice, saying, “We at GES, we have not ordered anybody or teacher to organise any vacation classes; we do not allow anybody to organise extra classes.”