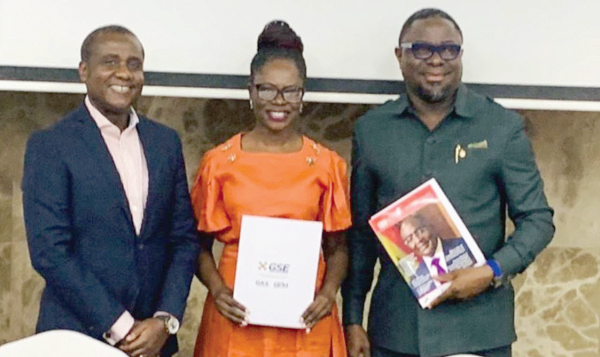 The Development Bank Ghana (DBG) has so far disbursed about GH¢245 million to its partner financial institutions for on-lending to small and medium enterprises (SMEs).

The disbursement started when the bank was set up in July this year.

The Chief Executive Officer of the bank, Kwamina Duker, who disclosed this, said the DBG, in the next six to 12 months, would further disburse about GH¢1 billion of medium to long-term capital to support local industries.

He said this in an interview with the media on the sidelines of a capacity-building workshop for SMEs.

“To date we have lent about GH¢245 million and I think there were two reasons for that — to flush out the pipes and make sure that our initial systems are working.

“And in terms of what is in our pipeline, we will probably have three or four times of that — about GH¢1 billion, which we hope to disburse in the next six to 12 months,” Mr Duker said.

The overarching objective of setting up the DBG was to make long-term funding available to the private sector and develop the ecosystem for market access, technology and innovation.

The workshop was organised in partnership with the Association of Ghana Industries (AGI) and the Ghana Stock Exchange (GSE) and it was aimed at boosting the competitiveness of the private sector..

It was held on the theme: “Empowering SMEs with key strategies for resilience and business sustainability”.

The tripartite agreement was signed among the three institutions during the capacity-building workshop.

The Deputy CEO of the DBG, Michael Mensah-Baah, said the agreement formed part of the bank’s mandate to build the capacity of banks and entrepreneurs through financial innovation and other advisory services.

He said the bank’s primary objective was to ensure that SMEs were in a better position to receive and use funds from participating financial institutions (PFIs).

“A critical role of the DBG, therefore, is to provide long-term funding for banks to engage in partnerships with institutions such as the AGI and the GSE to ensure the empowerment of the private sector for growth,” he said.

The Deputy CEO of the GSE, Abena Amoah, said the exchange was also committed to supporting SMEs in the country.

She used the opportunity to urge SMEs to use the Ghana Alternative Market (GAX) to raise capital to finance their businesses.

That, she said, would help them grow and expand.

The President of the AGI, Dr Humphrey Ayim-Darke, for his part, said the AGI was engaging the government to increase the threshold of pension funds allowed to be invested into the private sector.

He said the private sector needed more patience and long-term capital such as pension funds to grow and expand.

Currently, he said, pension funds channelled into the private sector by the various trustees of Tier Two and Tier Three pension schemes were “a meagre five per cent”.

Dr Ayim-Darke expressed the hope that the AGI would be able to convince the government to increase the percentage of pension funds it channelled into the private sector from the current five per cent to an appreciable level.

“The government has been very careful on how much of pension funds goes into high-risk sectors; and in the private sector, as much as there is high risk, there are also high returns.

“However, most of the pension firms prefer safe investments, such as going into government instruments. But we need a bit of pension funds to expand the private sector and manufacturing,” he said.