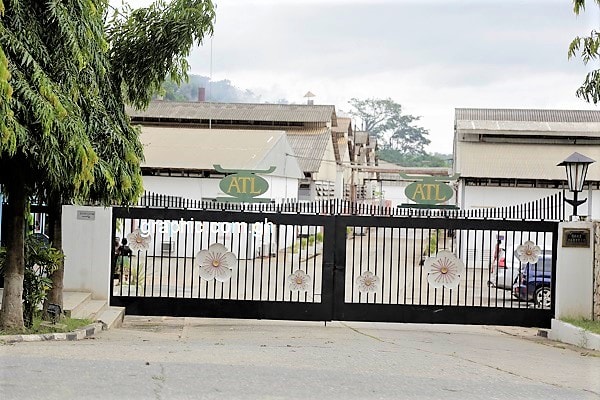 The Akosombo Textiles Limited (ATL) is still struggling to stand on its feet, one year after the government injected GH₵17 million into the company to resuscitate it.

Currently, the company only produces for institutions on demand and struggles to keep workers at all its departments.

For instance, the Weaving and the Spinning departments, which were closed down in May 2018 due to the high cost of production and other challenges, are still not operational.

Although the Engineering and the Printing departments are functional, the workers there report to work as and when there are materials for production.

In the midst of the challenges, the management of the company has rolled out a production strategy to make the 609 workers stay at home, with only a handful of them to be called to work anytime there is an order for production.

Workers at the Wax Printing Section of the Spinning and Dyeing Department have been at home for the past six weeks due to inactivity at their section.

During a visit by the Daily Graphic to the company in Akosombo in the Asuogyaman District in the Eastern Region last Tuesday, it was gathered that the situation had deteriorated and created anxiety among the workers.

There was little activity, as only a handful of workers were seen on the premises.

Only workers of the Printing and the Dyeing departments had been recalled from home to work for the week.

Some of the workers, who pleaded anonymity, said the management could not keep all of them due to the high cost of production and only recalled a few workers to work when it received orders from institutions.

A text message purported to be from the Printing and Wax Manager recalling those workers read: “There will be full production only at the following sections for this week, starting from Tuesday, June 25, 2019: rotary printing, after treatment, finishing, engraving, bleaching and eight cistern. Kindly take note.”

The workers said the picture that had been painted to the public that all was well at the company was not the case because there had been little production, especially in the past three months.

“We started production in November 2018 and we all thought things had changed. But things deteriorated again after February this year. As of now, our bonus of about 200 per cent of our monthly salary that was supposed to have been paid in 2018 is still outstanding. The routine reward for long service to the company has also been suspended for a year now,” one of the workers said.

When contacted on the issues, the acting Chief Executive Officer (CEO) of the ATL, Mr Kofi Boateng, said the management of the company was putting in place prudent mechanisms to make the factory profitable.

“The company was almost dead but last year we received GH₵17 million from the government, through Prudential Bank Limited, at a subsidised interest rate to revamp its operations.

“When the money came, we had to do repairs of equipment, buy new machinery and put in place other systems that will help us step up production. A factory that was almost dead will take a bit of time to come back to winning ways, but we are on course,” he said.

Mr Boateng said so far this year production had been about 500,000 yards, noting that “the target is to do five million yards by the end of the year”.

He said that was possible because the company had secured a contract to produce two million yards of fabrics for students of the free senior high school system.

Touching on the closure of the Weaving and the Dyeing departments, he explained that the move was strategic because it was cheaper to import materials than to produce them locally.

“Producing the materials locally is more expensive and we were in a situation where we had to cut cost to be able to make judicious use of the money to be able to repay the loan and remain in business. The workers of those departments were spread across other departments,” he said.

He added that the ATL decided to produce only on demand because of the high exchange and interest rates.

“Looking at these two factors, it is not good to use your money to produce when there is no market, and especially when you borrowed and have to repay and also keep workers,” he said.

On Wednesday, June 19, 2019, the Minister of Trade and Industry, Mr Alan Kyerematen, told Parliament that the ATL was not in a situation that could be described as facing the risk of total collapse.

He gave the assurance in response to a parliamentary question standing in the name of Mr Thomas Ampem Nyarko, the MP for Asuogyaman, who sought to know whether the Ministry of Trade had “any plans for saving the ATL from total collapse”.

Mr Kyerematen explained that a Cabinet decision in June 2018 that granted approval for the ministry to take over and revamp the operations of the company under a transitional arrangement, while searching for a strategic investor to turn around the fortunes of the company, was yielding positive results.

He added that the arrangement led to the injection of GHc17 million into the company’s operations by the Prudential Bank Limited at a subsidised interest rate, in addition to the implementation of a comprehensive stimulus package.

He added that the ATL was also benefiting from a three-year exemption from Value Added Tax (VAT), import duty waiver, concession on raw materials import and deferred VAT payments on imports to improve its cash flow situatio