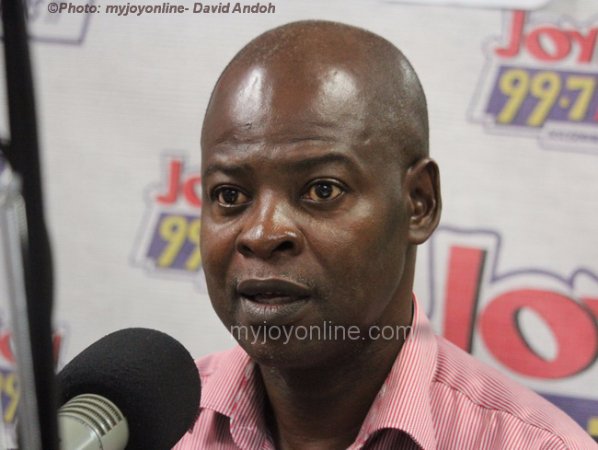 The Public Interest and Accountability Committee’s 2018 report point to budget non-compliance on the part of the Ministry of Finance.

“When you budget and you don’t spend, it speaks of a certain lack of budget compliance because in reporting to PIAC, whenever there are unspent money, the government must provide an explanation.

He said public knowledge of the reasons for unspent money will make for better transparency and ensures accountability.

It is meant to support the national budget in the form of the Annual Budget Funding Amount (ABFA).

When money allocated to the fund is unspent, it should be returned to the Petroleum Holding Fund for accountability purposes.

However, in 2017, PIAC report revealed 403 million Ghana cedis unspent money was unaccounted for.

In the year under review, the government programmed GH¢1.55 billion as ABFA expenditure for 2018 and indicated that it included the GH¢403 million (now GH¢440 million as a result of exchange rate gains), being the outstanding balance from 2017.

PIAC’s analysis reveals that the GH¢1.55 billion was exactly 70 percent of the net petroleum revenues, in line with the provisions of Act 815, hence, could not have included the GH¢440 million.

The Ministry indeed, confirmed this in a meeting with PIAC held on April 18, 2019, where it explained that because the 2018 budget was presented in September 2017, and the GH¢440 million had been approved by Parliament for spending in that  year (2017), it couldn’t have been included in the 2018 budget for Parliamentary approval.

However, in detailing out the programmed expenditure in respect of the GH¢1.55 billion, the Ministry included the GH¢440 million balance from 2017.

The Ministry’s initial representation of the data was misleading and attempted to create the impression that the GH¢440 million unspent amount from 2017 had duly been accounted for.

Subsequently, the Ministry has agreed the GH¢440 million remains outstanding from 2017 to be brought forward into the 2019 budget for Parliamentary approval before it is spent.

Despite repeated questioning by the committee, there is still no closure to the issue.

Implications of the trend of unspent budget

Chairman of PIAC, Dr Steve Manteaw, says the emerging trend is unacceptable though government officials explain the money is in a single treasury account.

He says the recurrent development speaks of the continued lack of budget compliance whiles government go round borrowing funds for state projects like the loan to construct the Terminal 3 of the Kotoka International Airport.

So If the Kotoka International Airport’s Terminal 3 cost $350 million dollars to build, then the 2018 revenue could have built almost three of its kind.

“If you have such money sitting in a certain account and you keep going around borrowing money I don’t think it speaks well of how we are managing the public financial resources of the country”, Dr Manteaw said.

If money is allocated to the finance ministry for spending and they deposit the unspent amount in a different account without alerting PIAC, then it makes it difficult for PIAC to fulfill its mandate of reporting how oil revenue is spent to the citizens.

“So if the intent of the Petroleum Revenue Management Act is to ensure full accountability, then PIAC would want that any unspent money must return to the Petroleum Holding Fund for re-budgeting so that PIAC can track and report to the people of Ghana.”

Lack of supervision and disregard for financial laws

The Public Financial Management Act requires that when monies are allocated for projects and entities of state who implement these projects by close of the year must report to the ministry with expenditure returns.

But according to Dr Manteaw, many of these companies do not submit their expenditure returns as compelled, but the finance ministry continues to allocate monies to these implementing agencies.

“It has to do with partly the lack of enforcement of our laws…these create this situation of impunity that we find on the part of implementing agencies where monies spent are probably not accounted for”.

“The other reason is lack of proper supervisory arrangement, mostly because projects are often contracted from Accra without fore-knowledge of the beneficiary entities, and these create opportunities for shoddy works or some instances the no implementation of”.

Parliament is, therefore, being encouraged to take steps to ensure the Finance Minister complies with the budget, as approved to curtail the occurrence in subsequent budgets.