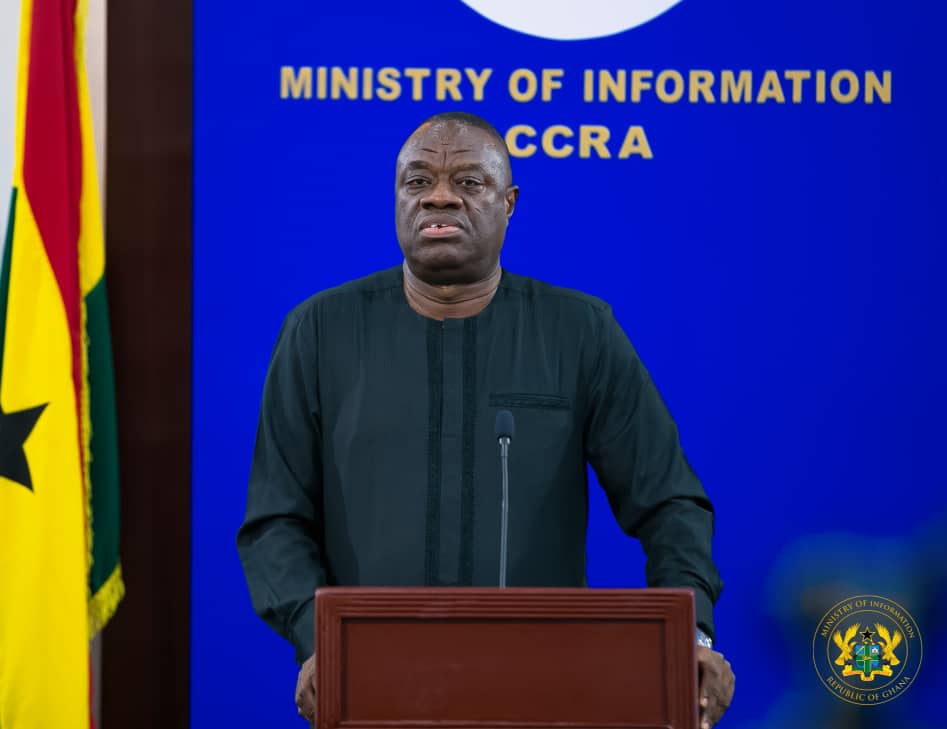 The Business Development Ministry has announced the creation of about 4,750 jobs under one of its capacity building initiatives.

According to the ministry, the jobs were created under its capacity building programme for young entrepreneurs.

Minister for Business Development, Dr Ibrahim Mohammed Awal, in his interaction with journalists at the Information Ministry’s Meet-the-Press Series yesterday, said this was achieved through various initiatives and key interventions instituted after the government established the ministry to develop and implement policies and programmes to improve the entrepreneurial capacity of Ghanaians, particularly the youth, in order to create jobs and wealth.

He said the Ministry targets to create 120,000 jobs under the youth entrepreneurship programmes within five years, to help reduce youth unemployment and bolster the economy.

He announced that his ministry has spent over GH₵100 million building the capacity of these young entrepreneurs and providing capital for startups across Ghana over the last two years.

“We are going to spend much more going forward to make sure more young people are able to compete effectively not only in Ghana, but globally,” he said.

According to the Minister, his ministry also provided training for 2,000 young entrepreneurs.

He said under the Presidential Business Support Programme (PBSP) in 2017, 7,000 young entrepreneurs were trained, with 1,350 receiving funding.

The Minister also disclosed that over 22,500 students, drawn from both senior high schools and tertiary institutions across the country are benefitting from a grooming programme under the Students’ Entrepreneurship Initiative.

Dr Ibrahim Awal said exposing senior high school students to business concepts and plans at an early age will help build an entrepreneurship culture amongst them.

He said the initiative has the goal of getting students to think entrepreneurially and begin to develop projects and services while in school.

The Minister disclosed that 7,500 students in senior high school are currently benefitting from the initiative nationwide.

He added that 15,000 students in the various tertiary institutions are currently benefitting from the initiative nationwide.

Touching on the Presidential Pitch initiative, he revealed that funding has been provided to young entrepreneurs between the ages of 18 and 35 years.

“Under the Presidential Pitch 1, over 200 jobs have been created, with funding provided to young entrepreneurs between 18 and 35 years with brilliant business ideas.

“Twenty young entrepreneurs were assisted last year with funding ranging from GH₵25,000 to GH₵50,000,” he said.

Under the Presidential Pitch 2, the Minister said, over 800 applications were received, of which 20 of them were selected.

He mentioned that President Akufo-Addo made a personal donation of GH¢40,000 to the overall winner.

Support for women with disability

Dr Awal further stated that government has pledged to support a total of 1,000 women with disability with funding.

The move, he said, is aimed at promoting entrepreneurial culture among the masses.

He stated, “1,000 women entrepreneurs with disability are expected to receive funding to scale up their businesses.”

According to him, 100 of them have already received funding, adding that a similar initiative to support some 500 men with disability will be launched next year.

The Ministry of Business Development, under its Green Business Programme, has built 75 domes (greenhouses) at Dawhenya, in the Greater Accra Region.

In building the domes, the ministry has created 920 jobs under the Greenhouse Project.

The Minister said the new domes are being built as part of measures to train young entrepreneurs in agribusiness.

The new domes, according to him, will become the biggest greenhouse estate in West Africa.

In collaboration with the Ministry of Gender and Social Protection, he announced that 2,000 head porters (kayayei) will be trained to improve upon their business skills before the end of the year.

The ministry also plans to roll out a programme to build the capacity of Metropolitan, Municipal and District Chief Executives (MMDCEs) and other stakeholders to support business development activities in their districts.

Also among the list of activities to be undertaken is the encouragement of domestic domes for agriculture throughout the country.

The Minister said Vice-President Dr Mahamudu Bawumia has opened the World Business Angels Investment Forum (WBAF) office in Accra to empower and finance startups, innovators and small and medium-scale enterprises (SMEs) in the country to scale up.

The office, according to him, is the first to be established in sub-Saharan Africa, will see to the interaction and engagement with a wide range of institutions, including public and private, local and international, as well as commercial and academic, to ensure economic development and help shape the global agenda.

The WBAF is an affiliate partner of the G-20 Global Partnership for Financial Inclusion (GPFI), an international organisation,with the objective of supporting businesses and entrepreneurs to easily access finance and generate more jobs for the youth.